Courtmacsherry RNLI Lifeboat in callout to 50ft Yacht, with three people on board, in difficulties off the Old Head of Kinsale. Yacht was enroute from Salcolme, South East Devon, England to Kinsale, Co Cork Ireland 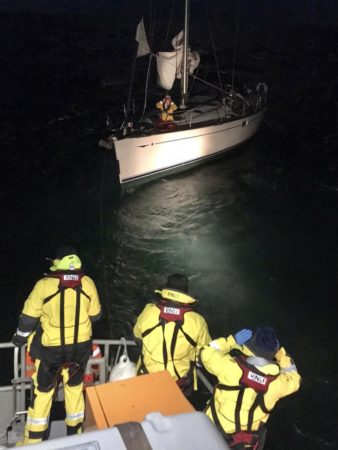 The Courtmacsherry All Weather Trent Class RNLI Lifeboat was called out at 7am this Sunday morning to go to the aid of a 50 ft Yacht with three people on board which had got into difficulties 4 miles east of the Old Head of Kinsale in West Cork. The Courtmacsherry Lifeboat under Coxswain Mark Gannon and crew of 6 were underway within minutes and in the cover of darkness, the Lifeboat proceeded at top speed to the area of the causality. The seas were blowing force 4 to 5 in freezing conditions this morning and the stricken vessel, which was on passage from Salcolme in the UK to Kinsale, had encountered heavy weather over the past 24 hours. They lost complete power off the Old Head of Kinsale and requested immediate assistance. The Lifeboat reached the Yacht at 7.29 am and the Lifeboat Crew assessed the situation and quickly proceeded to attach a tow line to secure the vessel. Two Lifeboat crew members Kevin Young and Paul McCarthy were also put on board the Yacht to help those on board and the Lifeboat then proceeded at slow speed to the safe surround of the inner Kinsale Harbour. Both vessels docked safely at the Kinsale Yacht Club Marina at 9.05am and the crew onboard the Yacht were very glad to be on safe ground again after an eventful morning.

Commenting on the callout, the Courtmacsherry RNLI Voluntary Lifeboat Operations Manager Brian O’Dwyer thanked all the Lifeboat crew for their quick response from their beds early this freezing morning when the Coastguard activated the distress bleepers. He praised the great dedication of the seven volunteer Crew Members and others who arrived, and put the interests of others as a priority in these difficult Covid times. He again reiterated that it is so important to call the rescue services at 112 or 999 quickly once any incident occurs.

The Lifeboat has now returned to its base in Courtmacsherry at 10 am and has refuelled and restocked, “in readiness of whenever the next call to action may occur”. 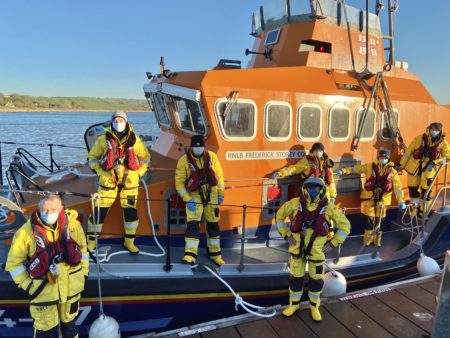 Picture 2 of the crew as they arrived back from today’s callout.

As we experience severe lockdown times once again, the RNLI would stress to all those that are partaking in any water activities or planning a visit to the coast over the month of January, to remember and follow RNLI safety advice below along with all new Government regulations and to stay safe in these different times for all Rescue Services.