The Cork City FC Academy, proudly sponsored by Cork Credit Unions, returns to training this week as non-contact training resumes for underage players around the country. The boys’ teams will compete at Under 14, Under 15, Under 17 and Under 19 level this season while our girls’ Under 17 team are joined by a Women’s Under 19 team.

There have been plenty of changes in the Academy over the close season. Liam Kearney has come in as Head of Academy and made a number of managerial switches in January. Speaking ahead of the teams returning to training Kearney said “I am delighted that we are able to get the lads back on the pitch. They have worked very hard over the last couple of months with their S&C coaches through Zooms and individual training programs. Everyone now is looking forward to the season ahead and working towards getting back to competitive action.”

Former club captain Dan Murray will take charge of the men’s Under 19 team for the 2021 season. Dan made over 300 appearances for the Rebel Army as a player and captained the club to a league title in 2005, the FAI Cup in 2007 and Setanta Sports Cup in 2008. Dan is also the club’s top scorer in European competitions.

Murray will be assisted by two of his former teammates – Alan Bennett and Steven Beattie with Paul Howard as Strength and Conditioning coach. Beattie returned to the club this season following two years with the Chattanooga Red Wolves where he coached in their academy. He also coached the Cork Kennedy Cup team in 2018. Bennett retired from playing at the end of 2020 but quickly returns to the club to take up a coaching role with the Under 19s. He was assistant to David Moore with Cork City’s Under 13s in 2019. Paul Howard will hold the role of Strength and Conditioning Coach, a role he previously held with Fermoy GAA club as well with the Tipperary Senior Footballers.

David Moore will manage the club’s Under 17 side for the coming season having overseen the Under 15 and Under 13 teams over the last two seasons. The former Celtic youth player played League of Ireland football with Cork City and Waterford. He brings with him his coaching team from last season. Kevin Ronayne has vast coaching experience at underage level with Cobh Ramblers, College Corinthians and with Douglas Community School where is also a Physical Education teacher. Steve Barry will work with the group as Strength and Conditioning Coach. Steve is Managing Director at Dennehy’s Health and Fitness. Ian Giltinan (goalkeeping coach) is a former underage goalkeeper with the club who also represented the Republic of Ireland at Under 15 and Under 16 level. Des O’Neill will take up the role as video analyst this season and is at the club for a third year. He previously coached at schoolboy level at Carrigaline United.

Stephen Bermingham returns to the club this season as manager of our Under 15 side. Stephen previously managed our Under 19 team including the squad who played in the UEFA Youth League in 2016 . He spent last season in charge of the Cork Schoolboys League Kennedy Cup squad. Joining Stephen will be Colm Bermingham, who was goalkeeping coach with the Under 19 team last season, former Cork City goalkeeper Kevin O’Brien, Shane Healy, Conor Cremen and video analyst Owen Hetherington. 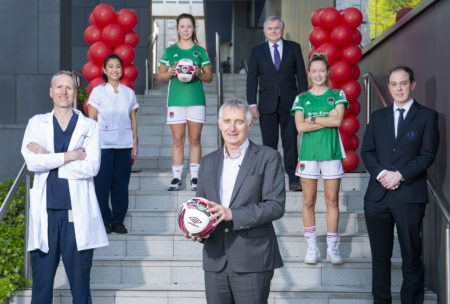 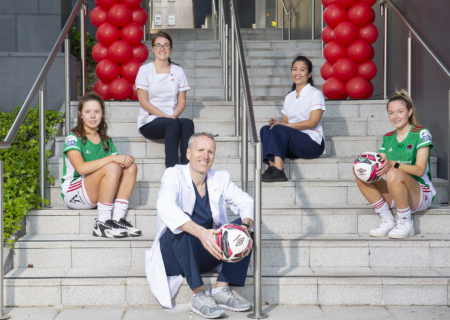 Cork City FC will compete at Under 14 level this season following the FAI decision to move the Under 13 grade up a year, and Greg Yelverton will take charge of the group again this year. Greg is a UEFA Pro Licence holder who works as a Soccer Development Officer with University College Cork. He is currently Head Coach of the Irish Colleges and University team. Greg will retain the same coaching staff as last year. John Harrington (S&C) has a Master’s Degree in the Science of Strength and Conditioning and has a wealth of experience in the area. The remainder of Greg’s coaching team consists of Kevin O’Brien, Cian O’Brien and video analyst Fionn Foley Twomey.

Following their maiden National League title win in late December, Sarah Healy’s Under 17 girls’ team return to training this week. Healy will be once again assisted by Michael Collins. Collins has a wealth of experience in local girls and boys football and coached multiple Gaynor Cup teams. Chelsea Noonan is assistant coach who also works with CIT A Men’s team and the FAI Emerging Talent Programme in Cork. She coached with Treaty United senior women’s team last season. Ross Moynihan is Strength & Conditioning coach with the side. The qualified Fitness Instructor previously coached in America. Niamh Kelly will act as video analyst for the Under 17s this season. Healy is focussed on the season ahead: “We are looking forward to getting back on the pitch as a full squad and preparing for the season ahead and of course trying to retain our title”.

City will also field a team in the new women’s Under 19 Women’s National League with Jess Lawton managing the side. Lawton, a Performance Coach with the senior women’s team, has experience playing and coaching with her local club Youghal United and played with Cork City for two seasons. She’ll be assisted by Michael O’Sullivan who has vast experience managing with Riverstown FC in the Cork Women’s and Schoolgirls Soccer League. Fergal Duffy is goalkeeping coach. Duffy plays with Cork City in the National Amputee League and is an Irish International. Jake Cooper (S&C), Charley Moore (Coach) and Eileen Foyle (Video Analysis) round off Lawton’s management team for 2021. 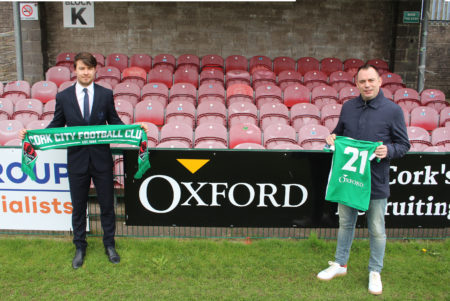 Cork Credit Unions will proudly be displayed on the jerseys of all our academy teams again this season – both boys and girls. They’ll be joined on the jersey by new partner Oxford Recruitment.