Irish players to watch in the English championship 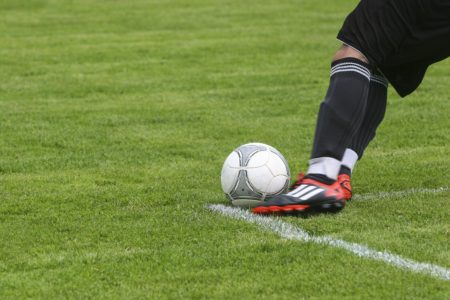 The English championship is once again finding its feet with the gradual lift of COVID related restrictions and fans couldn’t be more excited to get close to the action once again. Having fans back in the ground will add a more spice to what has thus far been an abysmal season!

Even with televised matches being resumed, the atmosphere in football has severely lacked—but is all due to change in the very near future depending on the words of the UK PM Boris Johnson. With teams like Cork City presenting many talented players over the years, 2021 is set to be an exciting year for Irish players as the English championship once again dominates the lower league football scene.

But the question is, which Irish players should you be watching out for in the upcoming fixtures?

Well known for being one of the most influential players attached to Preston, Alan Browne has rapidly grown into a player not to be messed with as he has enjoyed high flying seasons and multiple assists which have determined the outcome of games.

Now aged 26, Browne has become a fundamental midfielder and certainly does his hometown of Cork proud.

Maturing with every game, Daniel Crowley has developed a strong presence over the past couple of years and remains to be a midfielder worthy of contending on an international level.

Previously expressing wishes to play for his home country of Ireland for international tournaments, he failed to impress Mick McCarthy enough to make a place on the 11 man starting line a few years back, but it’s a different story now.

Known for having a largely successful run in Holland with Willem II, Crowley demonstrated his potential at the ripe age of 21 by scoring six goals and assisting in 11 during the Dutch Cup which then saw his team make the final. Not a bad inning.

Definitely, one to watch this season.

Watch Irish Players in The Championship

One of the best things about watching lower league football is that it is incredibly easy to get on to a live stream, and at the same time you can watch your favourite Irish players! Mostly because the TV rights in leagues such as the Championship come with fewer restrictions. Plus, with live streams, when you predict Championship matches, you can watch them via a live stream to see if your predictions turn good! Getting your Championship match predictions right can be helped along by using betting tips and also by keeping an eye out on up-and-coming odds. The advice is to look at websites that offer Championship football match reviews, predictions and odds!

Previously spending time on-loan at Exeter City in League One, Dara O’Shea has long been a defender worth reaching for and has definitely proven his worth time and time again.

Working hard with consistency through the English lower leagues and working his way up into the starting 11 at St James Park, Dara O’Shea quickly made a name for himself as he then progressed into Stephen Kenny’s U21 line up.

A name never to be forgotten by Luton fans, James Collins has had a phenomenal football career so far and shows no signs of slowing down. Known for scoring no less than 25 goals a season, he is a striker with pure determination and an effortless style on the field. Since winning a place on the Ireland team in March 2019, Collins pushed himself hard and is always a valuable asset to each team he plays for.

Playing for multiple teams, including Aldershot and Reading, Josh Barrett is back on the radar with consistent performances at his current club Bristol Rovers. He has come a long way since his time with Royals’ boss, Jose Gomes, and is likely to feature more regularly for Ireland if his performances remain consistent. He is another one to watch out for on the Irish football player circuit.