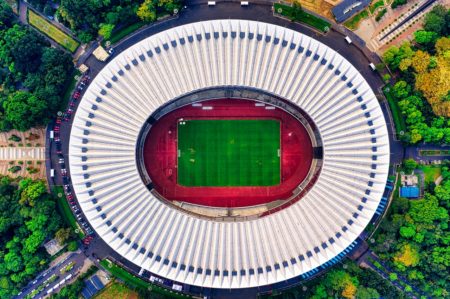 What should you do if you already bought tickets for the matches in Dublin?

The European Soccer Championship is traditionally awarded to a host nation via a highly competitive tendering process in much the same way as the World Cup or the Olympic Games. However, way back in 2014, the competition organizers, UEFA, decided to do something special for the Euro 2020 Tournament to celebrate the 60th anniversary of this iconic 24-nation contest.

UEFA would select twelve of the participating nations to host matches, believing that this would allow any contestant with interest in hosting a game to do so. As it turned out, UEFA received bids from 32 cities located within 19 of the participating countries. The hope was that by spreading the competition across the entire European continent, UEFA would allow more fans to attend a match than ever before.

Unfortunately, a lack of interest from spectators in some host cities has forced certain aspects of the original plan to be changed. In April, Irish Soccer fans were heartbroken when they learned of the relocation of matches previously scheduled for play at Dublin’s 51,700 seat Aviva Stadium to two different host cities.

Why has this happened?

The Euro 2020 Football Championships have already been postponed by twelve months. As a result, Irish fans of the beautiful game have had little choice but to wait patiently for the day when they would finally get to take their seat at the Aviva Stadium this Summer.

There are now just a few weeks remaining before the delayed tournament is scheduled to begin, kicking off with Italy and Turkey’s clash at the Stadio Olimpico in Rome on Friday, June 11th, 2021. The twelve cities whose bids were successful were required to confirm the number of tickets they had sold by Mid-April, and it was understandable that UEFA was anxious to ensure that all 51 matches would be going ahead as planned.

When was the decision made, and have any other countries been affected?

It was a dark day for Irish soccer fans when, on Friday, April 23rd, the Irish Times reported that Dublin had called off all four of the games scheduled to be held at the Aviva Stadium. Over in Germany, Munich had begged for a four-day extension to the UEFA deadline, which allowed them to meet their quota and retain their place as a host city that would share in the glory of hosting Europe’s primary continent-wide soccer tournament.

Spain took a different approach, switching the stadium they would use to host Bilbao’s games to Seville. This significantly smaller arena allowed the country to meet UEFA’s minimum spectator requirements. However, it should be noted that there is no guarantee that everyone who had arranged to travel to one of the Bilbao games will end up using their ticket at Seville. Flights are likely to be booked up quickly, and the two stadia are located almost 1,000km apart from each other.

The saddest part of the story is that the removal of Dublin from the tournament calendar will mean that Ireland is the only country that loses its right to host ALL of its Euro 2020 matches.

What games were due to be held in Dublin?

The Aviva Stadium had been planned to feature three group stage games, followed by a single round of 16 match. That game was intended to star the winner of Group D facing off against the second-placed team from Group F. Because England is set to compete in Group D, the game could have featured England alongside France or Germany.

Also of note is that England’s Group D cohorts are Scotland, Croatia, and the Czech Republic. England will undoubtedly be looking for revenge against Croatia for their devastating extra-time loss in the 109th minute of the semi-final at 2018 FIFA World Cup. Whatever the final match-ups might have looked like, there is no question that it is a massive loss for Dublin and Ireland.

Where will Dublin’s games be held now?

The three group stage games will now be held in Saint Petersburg in Russia, with the round of 16 match now set to be held at London’s Wembley Stadium. All existing ticket holders are due to be automatically refunded, UEFA has said. However, anyone who purchased a ticket will be given priority access on a first-come, first-served basis.

NEWS, SPORT
The Building of the Year… is in Cork… and was designed by a Cork Architecture firm
Previous Post
Improvements to Drinking Water supply on North side of #CorkCity as 2.4km of ‘Eastern Strategic Trunk Watermain’ is upgraded