As part of a tradition stretching back more than 30 years, the Lord Mayor of Cork City has taken delivery of Ford’s current flagship saloon car; a top of the range Ford Mondeo Vignale. 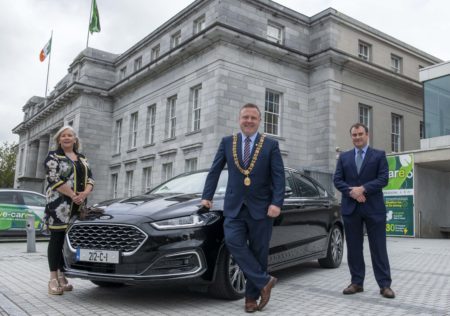 The Lord Mayoral vehicle always enjoys the first number of a registration plate series, and this current 6 monthly incarnation boasts the distinctive registration “212-C-1”. The Lord Mayor’s polished black car, complete with driver, is a common sight around Cork City and County, because the First Citizen has a hectic schedule representing the Council at various events. 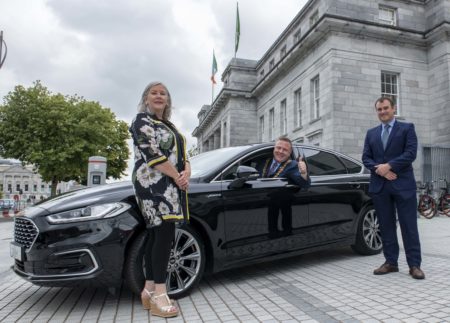 Ford has historic links with Cork because Henry Ford’s ancestors emigrated to the USA from Ballinscarthy, West Cork. Later, Henry Ford established a company in Ireland in 1917 and the event had an enormous impact on the region, and the country, the factory sadly closed in the 1980s but Ford Ireland still maintain their HQ in Cork City. In 2017 Ford celebrated the 100th anniversary of the establishment of Henry Ford & Son Limited in Cork.

Meanwhile, in other motor industry news; the Society of the Irish Motor Industry (SIMI) have released their official new vehicle statistics. To present a more accurate picture of the new vehicle registrations, it is important to compare registrations totals with the same period in 2019 (pre-COVID) when businesses were fully operational.

Brian Cooke, SIMI Director General said “The last fifteen months has been for the Motor Industry a hugely difficult time, with new car sales down over a fifth when compared to pre COVID 2019. Today July 1st, with the new 212 registration plate, will hopefully be a turning point for the Industry and with both the lead-in time provided by the re-opening of showrooms and a strong order bank, retailers are optimistic that they can recover some of the sales lost during the first half of the year. Notwithstanding this the impact of COVID will continue for the sector, as due to the concerns over the short-term outlook for international tourism there continues to be a lack of demand in the car hire market. On a more positive note, the demand for both Commercial Vehicles and Electric Vehicles is very encouraging. In this context it is vital that the current EV incentives are extended beyond their expiry dates as the country begins its transition to zero emissions transport.”