Anglers in Ireland are taking part in a unique catch, tag and release programme to help Irish and international scientists learn more about the largest tuna in the world – the Atlantic bluefin tuna.

Under the Tuna CHART programme, recreational anglers on board twenty-two authorised charter vessels will be catching bluefin tuna and skippers will be tagging and releasing them back into the sea, alive, from July to November this year.

The data collected onboard authorised vessels will then be used for scientific assessment to improve knowledge of population structures, fish size and how bluefin tuna is distributed in Irish waters and throughout the North Atlantic.

Under strictly controlled conditions, 685 bluefin tuna were caught, tagged, measured and released through the Tuna CHART programme in 2020.  All bluefin tuna were caught by anglers in Irish coastal waters and then tagged by skippers. The fish is always kept in the water to ensure correct handling and tagging; the largest tuna tagged in Ireland in 2020 was 2.75 metres long, estimated to weigh over 800 lbs (approximately 360 kgs).

Under the tagging programme, twenty-two angling charter vessels have been authorised to take anglers fishing for bluefin tuna on a catch, tag and release basis, during the open season. All skippers have been fully trained while vessels have been fitted with a customised GPS device. Data is collected by skippers digitally by means of a specifically designed app.

Anglers looking to fish for bluefin tuna in Irish waters may only do so from an authorised charter vessel from now until 12th November 2021. The Sea Fisheries Protection Authority and Inland Fisheries Ireland are undertaking inspections and patrols around the coast to ensure that no unauthorised vessels are targeting or catching bluefin tuna.

Both organisations have also confirmed that any person engaging in fishing for bluefin tuna on a vessel which is not appropriately authorised, would be in breach of the Sea-Fisheries and Maritime Jurisdiction (Bluefin Tuna) Regulations 2019 (S.I. No. 265 of 2019) and would face prosecution.

Like last season, skippers will have to adhere to any local or national Covid-19 public health guidelines that may be put in place. A full list of authorised skippers and vessels for the Tuna CHART programme in 2021 can be found at www.fisheriesireland.ie/bluefin. 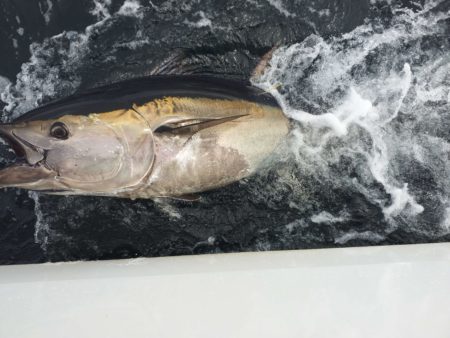 A list of 2021 authorised skippers for Cork can be found below: