Castletownbere lifeboat was launched last night (Friday 13th August 2021) at 8.20 p.m to go to the immediate assistance of a yacht that had broken away from its mooring at Trafrask on the shores of the Beara peninsula in West Cork.

A member of the public spotted the stricken yacht from the shore and was concerned that the vessel would be washed against the rocky shoreline and become damaged. They telephoned the Coast Guard’s Marine Research Coordination Centre in Valentia to raise the alarm.

The yacht was located at 8.45 p.m. in a small inlet known as Trafrask Bay near Adrigole – the boat was aground with no persons on board. Coxswain Fenton described the conditions on scene as ‘calm’. The lifeboat launched its inflatable Y-boat with two crew members and attempted to tow the yacht. However, the grounded yacht would not move so then a tow was then attached to the lifeboat. The yacht was pulled clear and reattached securely to the mooring. 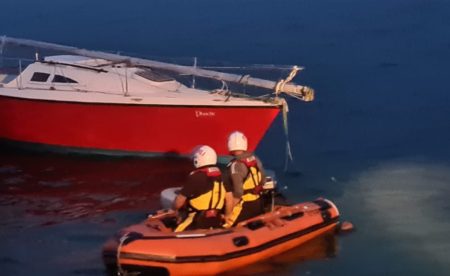 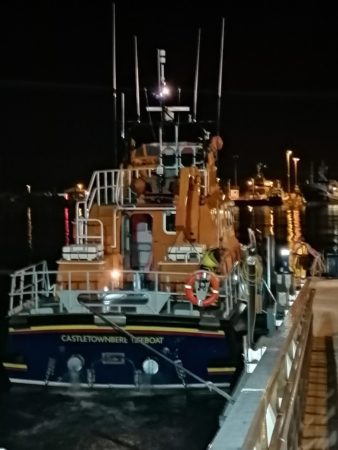 Commenting on the callout, Lifeboat Operations Manager, Paul Stevens stated that: ‘However minor the problem may seem at the time, members of the public should never hesitate to call 999 or 112 and ask for the Coast Guard – an early response from the emergency services ensures that situations such as this can be dealt with quickly and effectively’.