Yvonne Cahalane, a social campaigner from Dunmanway, has reached the national finals of the Network Ireland Businesswoman of the Year Awards. Yvonne was crowned the winner of the Power Within Category at the Network Ireland West Cork branch awards, held in late June, and will now represent West Cork in this category at the national finals, to be held in The Theatre Royal, Waterford, on October 8th. 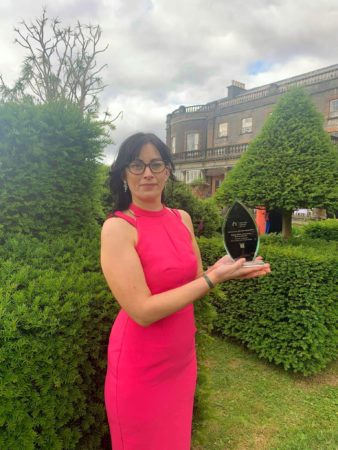 The Power Within Category gives women an opportunity to share their stories of how they overcame difficulties in their lives and discovered their own power for great impact.

Yvonne went on to advocate for safe and wider access to medical cannabis for patients in Ireland and was invited by the Health Department to make recommendations to the health committee for the Medical Cannabis Access Programme (MCAP). She continues her advocacy work today.

While continuing her advocacy work, Yvonne returned to college to study law, taking a deferral after completing year one to run in the local elections. ‘You can’t be what you can’t see’ says Yvonne, “and I didn’t see anybody that represented what I stood for. Patients, parents, carers, disability, medical cannabis, women! I wanted to represent a voice that few spoke for & fewer delivered for.”

Although unsuccessful on that occasion, Yvonne stayed involved in politics and was elected into the role of constituency secretary for Cork South West Fine Gael. ‘It was very important for me to represent women at board level. At present there is a huge gender imbalance,’ according to data, compiled by search company Accreate, found women represented only 20% of board directors, down from 21% in 2019.

An avid volunteer, Yvonne is an emergency first responder for the Irish Red Cross and was also promoted to IRC Community Support Officer for the Dunmanway and surrounding areas when the pandemic hit.

Network Ireland, which organises the Businesswoman of the Year awards each year, is a progressive, dynamic organisation supporting the professional and personal development of women.

The membership is made up of a very diverse group of women, from entrepreneurs, SME owners, professionals and leaders in indigenous and multinational organisations to non-profits, charities, arts and the public sector, which promotes diversity and equality.

Network Ireland has been a hugely valuable source of support for Yvonne.

“I am so grateful for the women of Network Ireland, they have been advisors, collaborators & everyone is there to see you succeed. I have gained life-long friends & a support network that resonates with the saying, Find your tribe & love them hard.” 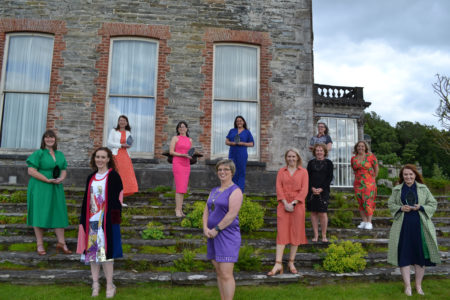