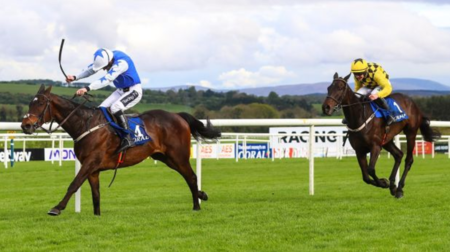 When it comes to the best that Ireland has to offer, the conversation does not extend much further than Ruby Walsh and after announcing his arrival at Cheltenham by winning the Champion Bumper, it was then followed up by success at the Grand National on his first attempt.

Such was the way he rode to victory in both high-profile races, it displayed what genuine ability Walsh possessed and perhaps more importantly, a style that led him to success on both sides of the Irish Sea.

A man who soon became synonymous with festivals such as Cheltenham and Punchestown, it is fair to say that very few people managed to stand in his way in the pursuit of victory and that is why Walsh has made our shortlist of all-time greats.

Think of an Irish Champion Jockey and you are most likely thinking of Mick Kinane. Then again, after winning the accolade on an incredible 13 separate occasions, such a thought process is not to be unexpected.

Kinane’s career got off to the perfect start, as he won in his first-ever race and after that awards and titles soon followed, as a champion apprentice would then win the first of his 13 champion jockey crowns in 1984.

While his dominance was also felt in the Southern Hemisphere, as when aboard Vintage Crop, he would conquer Australia and the legendary Melbourne Cup back in 1993 – one that came courtesy of his association with Dermot Weld.

Of course, Kinane’s glittering career was also one that ended on a considerable high and with Sea The Stars acting as the engine underneath him, he would go on to win the Newmarket 2000 Guineas, Epsom Derby and the Prix de l’Arc de Triomphe in his final year. 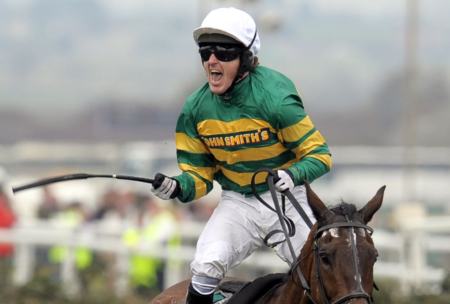 Quite simply, AP McCoy was a man who knew where the finishing line was and more importantly, he knew where it was before any of his counterparts could ever get close to it. A statement backed up by becoming champion jockey in every year he contested the British jumping season.

A glittering career that can only be described as an embarrassment of riches and after scooping the conditional jockey’s title back in 1995, it was then two-decades of absolute dominance that followed in the British National Hunt scene.

Such was his dominance that anyone who backed McCoy to victory would have made a pretty penny for themselves and for those who are looking to bet in current times, Draftkings is the market-leading online racebook.

Not only did Richard Dunwoody’s career consist of quality, but it also consisted of quality and with no fewer than 1700 victories to his name, the Belfast-born jockey can easily be considered one of the true greats.

During a lengthy and prominent career, Dunwoody was intertwined with equine talent such as Desert Orchid and Remittance Man and with three champion jockey crowns to his name, he would eventually pass the baton on to the great AP McCoy.

While even after retirement, slowing down was never going to be an option for a man who loved to push himself to the absolute limit and with a litany of endurance feats also achieved, a considerable amount of money has been subsequently raised for charity.

If ever there was a renaissance man in the sport of horse racing, it was arguably Pat Eddery and after winning all of the famous English classics at least once in his career, he would also be dominant on the other side of the channel as well.

That’s because the Prix de l’Arc de Triomphe was also won on four separate occasions – including a three peat between 1985 and 1987 and as impressive as those wins were, one must not forget his 11 British champion jockey titles either.

The first of those came in 1974 and for as long as he was on top in Britain, he also showed prowess in Ireland. As he won four out the five Irish Classics at least three times, with only the Irish 1000 Guineas eluding him throughout his lengthy career.