A computer-generated description on the press release for Ed Sheeran’s 2022 tour described the singer-songwriter as “A person with red hair”, but Ed Sheeran is so much more than that! 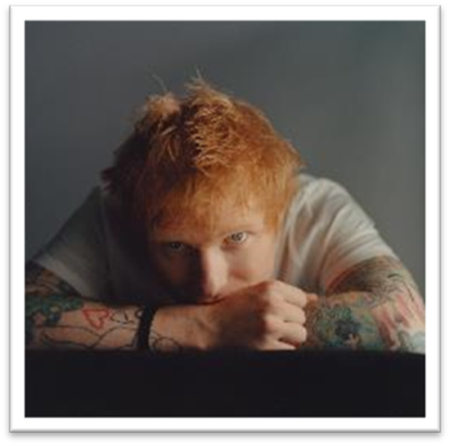 His new tour is entitled “+ – = ÷ x Tour” which is to be pronounced as The Mathematics Tour. He will perform in Ireland, the UK, Central Europe, and Scandinavia. The Ireland gigs will be in Páirc Uí Chaoimh, Cork City; Thomond Park, Limerick, and Boucher Road Playing Fields, Belfast.

Ed’s highly anticipated new album ‘=’ will be released on 29th October 2021 through Asylum/Atlantic. Later today, Sheeran is set to replace himself at No.1 in the UK’s Official Singles Chart following the release of his new single ‘Shivers’ – a track that Ed performed for the first time at last weekends’ MTV VMA’s. It follows his colossal comeback track, ‘Bad Habits’, that has, so far, spent 11 consecutive weeks atop the same chart. Moreover, as of last week, Ed has become the first British Solo Artist to claim 52 weeks – a full year – at No.1 on the Official UK Singles Chart, with only Elvis Presley and The Beatles achieving more overall weeks at the top.

Where will Ed perform?

How to buy tickets?

For Cork, Limerick and Belfast tickets will be sold only at www.ticketmaster.ie. You will need to have an account with ticketmaster.ie to book for these Shows so promoters ask that you sign up in advance of the expected rush when the online box office opens on Saturday 25 September at 8.00am sharp.