Which skills are online games based on? 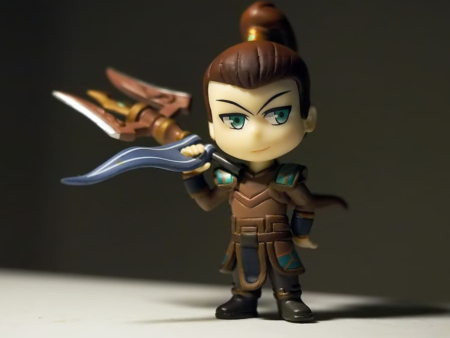 Playing and winning in online games isn’t only a matter of luck. There’s always an element of that because they are games of chance. However, there’s also a lot of skills involved as well. A player can practice and improve on these skills and thus increase their chances of winning.

Some games are based on skills more than others and that’s why you should choose the games you play carefully and only after you’ve learned how to master them.  Here we will discuss a few skills you need to have in order to win online games.

A Move Towards Games of Skill

Online gambling games are changing in recent years and move more towards games of skill rather than chance. That’s especially noticeable when it comes to increasingly popular skill based slot machines that are taking over the industry.

This means that even the games that used be about luck only are now changing to accommodate a new type of player, that’s more oriented towards skill-based games and improving their game through hard work. These games mostly include memory games and races, but other games within slots are becoming popular as well.

Knowing How To Take Risks?

Many online games if not all of them are based on assessing and taking risks. This isn’t something that every player is accustomed to and it’s a skill that takes practice and experience to master. First of all, it’s a matter of knowing what the chances are, what are the risks involved and how a particular game works from the inside.

Secondly, it’s about being able to make the call and take such risks. That’s something that can be done only by trying things out, practicing, and seeing what kind of playing strategies work for you.

Patience may not seem like a skill on its own, and at least not as important as some other skills that may come to mind when it comes to playing online games. However, it would be a mistake to think so since patience is one of the most important tools you’ll have as a player.

This is especially true when it comes to betting games. These games require you to wait for the perfect time to make your play and that will require patience. This too can be accomplished by practising and honing your skills.

Most online games require a player to be focused and to make sure that they’re following the game and the moves made by the other players. With some games such as poker, this is crucial and it can mean much more than luck.

The ability to focus is something that can’t always be taught it’s at least to some degree a matter of character. However, those who play online games for a while, tend to get better at least partially simply by having the experience.

Noticing and recognizing patterns is essential for winning many online games. This is true for betting games but also for others that require the players to stay mindful and notice how other players are reacting. It’s a skill that may be somewhat innate but that can also be trained and practised for.

It’s especially important to notice a pattern in the strategy of those who play against you. It’s also the most difficult way to express this skill since it requires you to pay attention to both how you play, and how the opponents play.

The ability to do multiple things at once is one of the most important skills you can have as an online player. Some games are rather complicated and there’s a lot to pay attention to. This can be overwhelming for new players and it’s easy to notice which players have experience in this regard.

Again, having the ability to multi-task is something that you can practice and become better at with time. The best way to go about it is to try playing even when the game seems to be too difficult and too overwhelming,

Online games are social games even though it sometimes doesn’t seem to be so. This is especially true now when online games are made to replace live casino games and to emulate their look and feel. Since they are just that, social skills are essential when playing in a social setting.

It’s important to keep in mind, that you’re playing against other players. That means you’ll need to try to anticipate their moves and to consider how your game strategies will be perceived by them.  It’s also essential to note that the other players will do the same to you.

Many skills are required to be good at online games. This is true even for the games that seem to be about luck and chance. Some of these skills are a matter of talent but most of them are about practice and the ability to learn about the game by playing it.

The skills you’ll need are often about the players you’re playing against and being able to learn about them and to understand them. These games are social and you need to keep in mind that the other players are scheming against you, as much you do. In the end, most skills can be improved simply by failing and trying again.