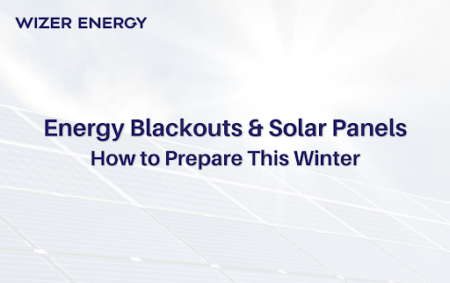 According to reports from Eirgrid; Ireland could be set for electricity shortages and blackouts, due to increased strain on the national power grid.
Eirgrid have also warned that so-called “system alerts” are expected to become a regular feature over the next few winters. These are issued when the overall demand for electricity nearly maxes out the entire supply or when the sudden loss of one of the countries larger power plants or other freak events may not cover the entire nations electricity needs.

What’s Causing these Blackouts?
There’s no exact cause that can be pinpointed but rather a combination of factors. Two of the countries biggest power plants, Huntstown in Dublin & Whitegate in County Cork are currently out of commission for maintenance. There are also huge surges in energy prices in Ireland and across Europe as demand rises following a large reopening of the nation’s economy, overall energy stocks have been depleted following last years particularly harsh winter. Irish energy prices rose by around almost 19% this year up to the end of September according to the CSO and this number is expected to continue rising.

How Can We Prepare for Blackouts?
Recently, the Government assured that they will do everything in their power to ensure there are no significant outages this year, with a process of demand management put in place. This basically means that companies and businesses that use a considerable amount of energy will be required to use their own backup generation capacity. However, the threat still looms large.
As we all become far more environmentally aware and consciously green, a huge number of individuals are installing Solar PV systems on their homes. Solar Panels can generate electricity and when combined with a storage battery, excess energy that is generated can be stored for later use, effectively powering your home. In the event of a blackout you would think you’d be safe if you had such a rig installed on your property, however, this may not be the case.

“We’ve got more and more people asking us at the moment if they can use their solar panels to power their home when the grid goes down, unfortunately for most people here the answer is actually no,”

“Regulations require that something called a “Shunt” or “Fireman switch” to be fitted to the power cabling running to your solar panels. It is effectively an on/off switch. So, when the battery voltage in your home is low and needs a charge, the switch turns on and energy flows from the panels to the battery – Inversely, when the battery voltage is high (e.g. full) the switch turns off and the charging process stops. In the case of a blackout, the shunt will disconnect the DC feed as no energy from the grid is getting to your inverter, which in turn stops any generation from taking place.” 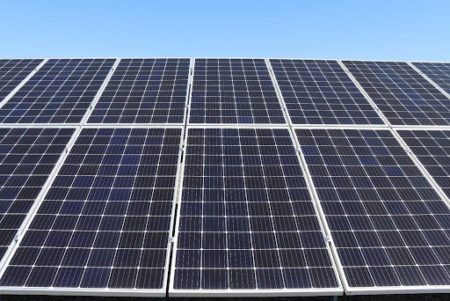 Using Solar Panels in a Blackout situation
The good news for Panel owners is that this issue can be resolved, Martin explains –

“The shunt can actually be safely bypassed in order to enable off-grid living., this is only possible when using a hybrid solar inverter (solar & battery) and not a solar only inverter. However, there are different modes or levels of being able to operate off-grid, depending on the inverter make and model as they do offer differing solutions.”
“Firstly, for all off-grid operations there is a legal obligation to install a “changeover” switch on the premises to ensure that everything complies with electrical contracting and wiring regulations. This simply detaches the home from its grid connection, thereby islanding or isolating the house so it now becomes its own microgrid.”

Minimise Energy Use During a Blackout

Even though you’re not successfully generating, storing and using your own power during a blackout it’s vital that you adapt your daily routine and usually energy usage habits so as to not completely drain your batteries.
“It is important to point out that operating off-grid is a far different situation to the normal on-grid situation. Running off grid requires an approach where essential services only are left in use, like your fridge and water pump. Other, more non-essential/ high power appliances such as water heaters/hairdryers are to be avoided as they significantly increase the risk of draining your available battery storage, in the case of a blackout you’d ideally want to forgo the use of these items.”

Are Solar Panels Worth it In Ireland?
It’s fair enough to wonder are Solar Panels worth the investment as we typically in Ireland don’t get a whole lot of sun – But in fact this is far from the truth. Ireland actually has the ideal climate for solar panels and is close to the optimum conditions needed for energy production. This is due to the fact that Ireland is rather temperate and the panels usually work better in our temperature range, if you were to head out to Sub-Saharan Africa the panels would actually struggle somewhat as the performance degrades when the temperature rises too much.
Solar panels actually generate heat from light, not heat. Even the shortest day of the year in Ireland has around seven and a half hours of daylight which is more than enough to power a home.

The Cost of Installation
The price of Solar PV systems has dropped significantly in recent years and is now more accessible than ever before thanks to various SEAI Grants. There is also the new Government microgeneration scheme on the horizon which will allow you to sell any excess energy you generate back onto the national grid, thus reducing your energy tariff. The initial cost may be substantial, but it in the long run you will end up saving money.
If you’re thinking of making the switch and going Solar, get in touch with Wizer Energy today. Serving Cork, Waterford, Limerick, Dublin and everywhere in between the Wizer team are here to help you with all of your Solar PV and EV Charger Installation needs.