Where to get tickets for INDIE22 Mitchelstown Cork #IndiePendenceFestival @Indie_Pendence 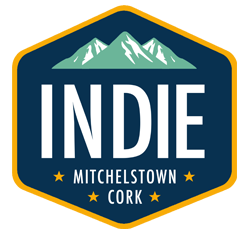 Tickets for INDIE22, one of Ireland’s longest-running and most loved festivals, go on sale at 10am on Saturday October 16. INDIE is set to return to Mitchelstown, Co Cork, on August Bank Holiday Weekend in 2022 with a limited number of Early Bird and Tier 1 tickets being made available:

Renowned for its role in bringing many of the best new Irish artists to large audiences, alongside some phenomenal international acts over the years, INDIE22 promises to be one of the highlights of next summer’s long-awaited festival season

MD of INDIE, Shane Dunne, says: “While we expect the cost of running events to rise we’ve kept ticket prices in the same region as 2019 and what was planned for 2020. We’re also doing away with the car parking charge and it’s now included in the ticket. We’re aiming for the best INDIE ever and to make things a little better year on year like we’ve always tried to do. The festival goers make any festival, without them it’s nothing, we’re here to do what we can to ensure they have the most enjoyable experience possible.”

INDIE began life in 2006 around Mitchelstown’s venues and market square, and its move to a new site on the outskirts of town in 2010 put INDIE on the international festival map – attracting artists such as Manic Street Preachers, Public Enemy, Biffy Clyro, Lewis Capaldi, Bastille, Basement Jaxx, De La Soul, Tom Odell, Editors, The Dandy Warhols, to play alongside some of Ireland’s finest live acts including The Coronas, Hozier, Kodaline and Lyra. An origin story that started with a handful of music lovers in the County Cork town has developed into a constantly evolving festival with a huge and loyal fanbase that grows every year.

Energy Blackouts & Solar Panels
Previous Post
US multinational donates €56,000 of IT equipment to community
Next Post
Tweets by @TheCork_ie