The Importance of “Showing, Not Telling” in Effective Communication 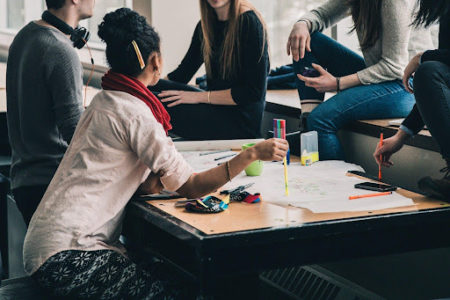 Over the course of everyday life, effective communication is one of the most essential skills to get right for a variety of different reasons, and in a wide range of different contexts and situations.

The more effectively you can communicate with others, the better your interpersonal relations with them will tend to be, and the higher the likelihood is that you will have a pleasant experience of everyday life. Many psychologists and counsellors have observed that poor communication is at the heart of many social issues and personal frustrations alike.

In fact, in a business context, “effective communication” is largely used as another term for “marketing” which is obviously something that all companies need to take very seriously.

Of course, there are many different ways to communicate to your prospective customers in a professional context such as via skilful Corporate Video Production. And there are plenty of effective ways to enhance your communication skills in your personal life, too, such as by developing the ability to be a better listener, instead of always having to get your two cents in in a hurry.

Among authors, scriptwriters, and others, the saying “show, don’t tell” has been used for a long time, and is meant to suggest that the writer in question should demonstrate directly what they are trying to convey, instead of telling their readers what to think.

It turns out that “show, don’t tell” may be one of the most important rules of all for effective communication, across a broad range of different contexts, and in a variety of different situations.

Here are just a few reasons why “show, don’t tell” is vitally important for effective communication.

In all likelihood, everyone has heard the phrase “talk is cheap” at some point in their lives, and it’s not hard to figure out what this phrase means, or to see how relevant it can be, or how it can reflect a range of experiences over the course of everyday life.

Essentially, it’s easy to say things that sound good, without actually doing anything to back up those words, or to present things in a way that is ultimately not an accurate reflection of the reality of the situation at hand.

Too often in communication – particularly in the case of professional marketing efforts – all sorts of ambitious promises are made, and things are verbally expressed in the most compelling and attention-grabbing ways possible, only for the reality of the situation to fall far short of the version that was presented by the company in question.

There are many ways in which businesses will try to communicate effectively and make their services as appealing and relevant as possible to their prospective customers, and some good “show, don’t tell” approaches could take the form of well presented testimonials and case studies from satisfied past clients.

In the context of interpersonal relations, it’s quite easy to see how this principle could be applied. First and foremost, it requires personal accountability and integrity. If you were going to tell your partner that you love them, for example, then you need to back up that declaration with acts of love – instead of just saying the words and then acting selfishly instead.

Again, it’s easy to misrepresent yourself, your business, or to fail to be personally accountable, if you don’t back up your words with appropriate actions.

Visual examples tend to have a way of affecting people on multiple different levels at once, which is especially useful to keep in mind in the case of entrepreneurs who are trying to market effectively to their target audience. Youtube is a great platform for visual representation through video. The number of youtube users is rising very fast. Users are so inquisitive to buy YouTube views to grow faster.

When you try to explain something purely verbally, it will often end up having a more or less entirely abstract and intellectual impact. When you use a compelling visual example – such as a well-directed and edited professional video that captures the kind of motifs that you want to have associated with your business – this has the potential to impact people intellectually, emotionally, intuitively, and can bring up memories of the past, and more.

Of course, it’s always important to make sure that your marketing is ethical, rather than just using certain motifs and images to make an impact on your customers, regardless of your actual business practices.

In an interpersonal context, people just tend to “feel it” more, and to connect a lot more deeply, when you demonstrate the truth of your words or convictions to them through action, as opposed to purely through the words themselves.

This is another example that applies particularly to businesses that are trying to effectively communicate their brand and entity, and market their services.

The results are interesting, but shouldn’t be a big surprise to anyone: essentially, people online have increasingly short attention spans for blocks of text, and will usually just skim articles and text-heavy landing pages, whereas they might read a traditional newspaper or magazine more thoroughly.

One clear implication of this fact is that using visual forms of communication can be a very good idea for anyone who wants to try to capture the attention of their audience, in order to convince them of the value of using their services, or purchasing their products.

Of course, written communication does have a very important role to play still, but you should aim to make this as concise, direct, and to the point as possible – and you should probably leave the bigger explanatory blocks of text on separate pages of your website, perhaps as part of an FAQ list.

Either way, simplifying things and showing your perspective customers “what you are about” by using compelling visual cues, and assorted forms of visual media, can be a very effective way of getting their attention, and to convince them to spend a bit longer reading your website.

Various forms of visual media and visual presentation have become exponentially more sophisticated and engaging in recent years, and one of the consequences of this is that more and more people find themselves relating to these forms of visual media quite deeply, and may in fact expect to be communicated with in this way.

For any business that wants to remain competitive, it’s important to pay proper attention to the various ways in which visual elements can be properly utilised in order to match the communication style of competitors, and ideally to do better than them.

Along over things, utilising the latest video creation techniques, and making sure to look into using the services of a skilled website developer, can be very important and effective when it comes to you making sure that you are effective with your marketing and professional communication as a whole.

Visual examples give a clearer sense of what the individual can expect, in many cases

Both in a professional context, and in an interpersonal context, people generally like to have a pretty good sense of what they can expect from someone, or from a business – and anything that introduces doubt or uncertainty is not likely to be good for you when you’re trying to reach out to someone, and to communicate effectively.

One of the important things remember about “showing, not telling,” is that “showing” tends to give a significantly clearer sense of what the individual you’re communicating with can expect over time.

In a personal context, people tend to be more attentive to your actions than to your words, and to make certain assumptions about the kind of person you are, and the kind of behaviour they can expect from you going forward, based on what they see you doing moment by moment.

In the context of a business, the same general principle applies. Businesses that can effectively showcase high-quality testimonials from satisfied previous clients will tend to be viewed by prospective customers as a lot more trustworthy, and worth doing business with, than businesses that don’t really have any particular examples to show their prospective customers.

Following on from the previous point; it’s simply harder to fake actions than it is to fake words.

A big part of “showing, not telling,” is striving to demonstrate authenticity and sincerity.