Ticket No. 873 in the name of ‘Ruth Howlett’ has won a new 3-bed Semi-Detached House in the ‘Drakes Point’ Housing Estate, Crosshaven, Co Cork

The draw of the €100 tickets – which were sold in rent months on winahousecrosshavencork.com – was made around 7pm on Facebook Live at https://www.facebook.com/winahousecrosshavencork/. It was streamed from The Oar Bar in the seaside South Cork village. The drum was spun three times, and there was an adjudicator on hand. The MC read out the ticket number, then viewers heard from a Tennis Club spokesman about how the proceeds of the raffle would be put to good use, going towards a new Club House. The wait for the name was then finally over when the MC said the winner was a ‘Ruth Howlett’. No partial address was given for the winner, but earlier on in the video when the ticket emerged from the drum it was described as “a local ticket”, and various comments under the video from well-wishers – after the draw – do indicate the person was indeed local.

Regardless of the details, it’s all over now! so congratulations to the winner, and commiserations to those who didn’t win, but if you want to buy a house in Crosser/Xhaven then you can still check out the Estate agents website at DrakesPoint.ie

TheCork.ie reported on the launch of the competition on 1 May 2021. For background see our original article here. 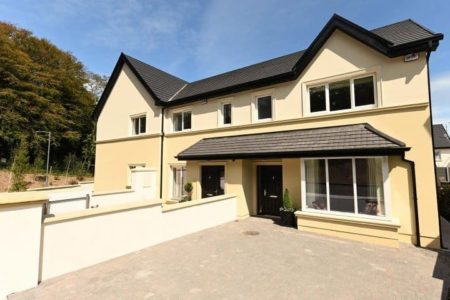 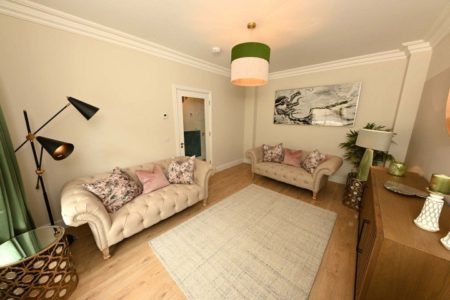 A €300,000 3-bed Semi-detached property, with an A BER Rating. It’s located in the modern Drake’s Point Housing estate. There is a walking path from the Estate to the village, which passes the tennis club, hence the connection. A feature of Drake’s point is it boasts two vehicular entrances, so you can cut through to the upper road, and need not drive through Crosshaven village on busier days. The estate is named after a nearby stretch of the Owenboy River called Drake’s Pool, which was turn was named after Sir Francis Drake (1540-1596).

8,000 tickets were sold, so punters chances were slightly better than some other competitions elsewhere in Ireland where 10,000 was the total.