Cork In Focus For Metaverse Development 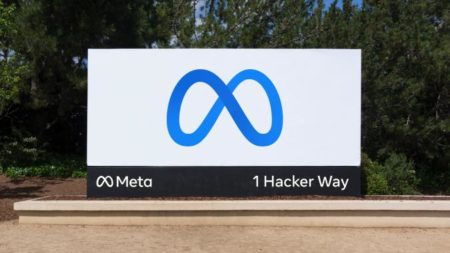 Ireland, as a country, has a lot of potential in terms of its standing within tech and economic circles. And, while Dublin continues to hold its own in the top three for tech output on the continent, coming up on the rail is Cork, which is recognised as a top ten city for economic potential.

The top tech cities in Ireland already work with and are home to multiple tech companies on SP 500, but things could be about to change for the better in Cork dramatically. Yes, Cork is already on the map where technology is concerned, but after recent developments over at Facebook HQ, or should that be Meta HQ, a change in direction is on the cards.

Facebook recently changed its name to Meta, and in doing so, announced plans to create a metaverse. An idea that was initially brought to life by video game developers became a buzzword in the corridors of Facebook via Mark Zuckerberg in the summer, and now wheels are being put in motion to realise the tech giants’ CEOs ambitions. And, it will be of significant benefit to Cork as a city and for its status.

Facebook already has AR (augmented reality) and VR (virtual reality) teams based within the Irish city. However, if Zuckerberg’s ambitions to create a metaverse and be leaders in the metaverse arena are to be delivered, Facebook must employ more highly-skilled individuals. Therefore, up to 10,000 new jobs will be created across Europe to work on this project specifically.

The plan is for the recruitment plan to span across five years, with Ireland’s Cork being a city and a Facebook base that will be a part of the intake. Other countries included in the five-year recruitment plan are Germany, Italy, France, Netherlands, Poland and Spain.

Being a base for AR and VR, Cork will be crucial to it becoming a hub for metaverse research and development. AR and VR are essential components in the creation of the metaverse, and with Facebook being the parent company of Oculus VR, one of the top virtual reality headsets on the market, it puts Zuckerberg and co in a commanding position as they begin this new adventure.

Official statements via Nick Clegg and Javier Olivan on behalf of the tech giant indicate that hiring the engineers and highly-skilled people required to build a metaverse is one of Facebook’s “most pressing priorities.” So, it shows that metaverse has undoubtedly moved from being a buzzword and a pipe dream, with the company now shifting into the development stage.

At the time of writing, Facebook in Cork has multiple roles available, and they include vacancies for technical program managers, research scientists, microLED testers, microLED chip technology engineers and more. The technical program manager role describes Facebook as developing the future of AR and VR and the ambition to build community and bring the world closer together, which very much fits with a metaverse.