15 Fascinating Irish Surnames & Their Meanings: Learn About Your Heritage! 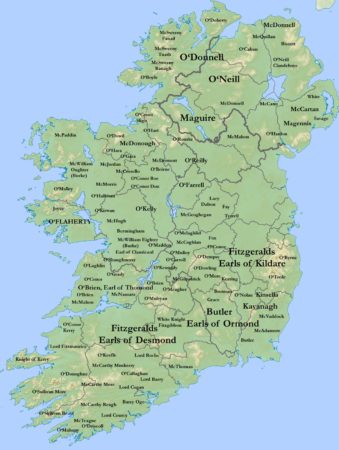 These 15 Irish surnames tell you about an ancestor’s hometown, profession, or even their physical appearance. Learn more about your Irish surname and its origins if it’s on this list!

Irish surnames give you a deeper look into a family’s roots in Ireland. A last name could tell you more about your Irish ancestors, their professions, or their counties of origin. This may inspire you to research your surname, send family photos for picture restoration, and find out more about your own heritage!

We’ve listed 15 fascinating Irish surnames and their meanings. Read on to find out the meaning of yours and what it may reveal about your family history!

Some names give clues about the regional origin of their bearer. Others pay tribute to a powerful ancestor or describe the physical characteristics of their ancestors.

Scroll down to learn more about these 15 Irish surnames.

It originates from the French “Le Bouteillier”, which means “the wine bottle supplier”. This surname was given to Theobald Fitzwalter, a knight who joined the Norman invasion of Ireland. The Butlers had vast landholdings and the privilege of prisage, which was a tax on all wine entering Ireland until 1828. The family also called Kilkenny Castle home until 1967. 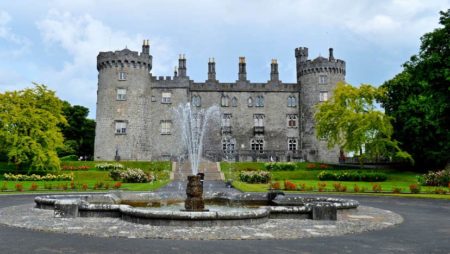 One of the most common Irish surnames, Murphy is also often spelled as Murphie or Curphy. Its roots originate from the old Gaelic name “Ó Murchadha”, meaning “son of the sea warrior.”

O’Sullivans can trace their roots all the way back to King Eoghan Mór, ruler of Connaught in the 3rd century. It’s the Anglicized form of “Ó Suileabhán”, meaning “son of the quick-sighted”.

This surname means “noble” or “of high birth”. One of their most famous ancestors is Brian Boru, a powerful High King of England in the 9th century. O’Briens continued to take noble titles over the centuries – the earldom of Thomond and the title Viscount Clare were held by this prestigious clan.

This surname is the Anglicized version of the Gaelic surname Ua Néill, which means “champion” and “descendant of Niall”. This name is said to originate from Niall of the Nine Hostages, a legendary High King of Ireland.

This is the Anglicized form of the Gaelic “O’Raghailligh,” which means “descendants of Raghaillach”. The clan’s ancestors ruled the ancient Irish kingdom of Breffny. Now known as Cavan and other surrounding counties, O’Reillys continue to live in this area.

This surname is derived from King Bran of Leinster, a clan leader of County Kildare. It gradually evolved into Byrne and O’Byrne, a common surname in present-day Ireland.

One origin of the surname Kelly is that it is the Anglicised form of the Gaelic name “Ó Ceallaigh”, meaning “descendant of Ceallach”. Kellys originate from chieftains’ families in Galway and Roscommon!

Spelled alternatively as Connor, O’Conner, and Conor, this ancient surname claims descent from the King Conchobhar of Connaught. In fact, the last two High Kings of Ireland were O’Connors. It’s one of the surnames that’s still most closely associated with Ireland!

This is an Anglicized version of the first name “Dubhghall”, which is Irish for “black-stranger”. This descriptive name was given to differentiate the darker-haired Vikings from lighter-haired Norwegians.

A surname that means “from Wales”, this last name arrived in Ireland after the Norman invasion of the country. It’s said to originate from “Breathnach” or “Brannagh”, which is Irish for “Welshman”.

This surname is the Anglicized version of the Gaelic surname which means “Son of Carthach”. The name also means Nearly 60% of all McCarthys in Ireland live in County Cork, where they were especially powerful in the Middle Ages.

Known as the earliest recorded Irish surname, O’Clery (or O’Cleirigh) takes its roots from Tigherneach Ua Cleirigh, the lord of Aidhne who died in Galway in 916 A.D.

Also spelled as MacCorry or Curry, this surname is derived from the Gaelic name “Mac Mhuirich” and means “son of Murdoch”. The Corrs were allies of the Butlers of Ormonde, and their loyalty earned them vast tracts of land in Cuffesgrange. Many Corrs continue to reside in this area until today!

Learn More About The History Of Irish Surnames!

If your family’s last name is among the surnames we’ve mentioned, you may want to dig deeper to trace your roots. Looking at your family photos is a great place to start!