“Set the goals, once the goals are achieved move on” – that’s the message from Brian O’Sullivan who continues to grow his business 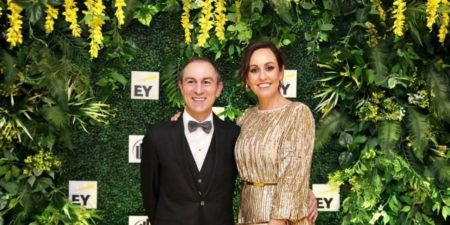 52-year old Brian O’Sullivan of Fermoy, founded Zeus in 1998 and has built it into a global packaging force with a turnover of €300 million and a staff of 670 people in 26 countries. As well as picking up the overall award, Mr O’Sullivan also won the International category.

“I am deeply honoured to be named EY Entrepreneur of the Year, and humbled to be chosen from a field of candidates who have impressed and inspired me so much throughout the competition.

“Entrepreneurship is about hard work and dedication, but also about collaboration. This win recognises the effort and drive of everyone at Zeus as we build it into one of Europe’s largest privately-owned packaging companies. We have set ambitious goals which we consistently surpass, allowing us to double our turnover in the last five years.

“As with many industries, the last 18 months have brought challenges we could never have predicted. By working closely with our customers and leveraging our expertise and experience, we have adapted to new market realities. Our goal now is to bring our turnover to €500 million in the next five years, by prioritising innovation, people and sustainability.”

Earlier this year, Zeus completed a €40 million, two-year programme of strategic acquisitions as well as the subsequent acquisition of Limerick Packaging in just last month (October 2021).

VIDEO BELOW: Watch the moment when Brian O’Sullivan was announced as the winner

The EY Entrepreneur of the Year Awards previously Ernst & Young Entrepreneur of the Year Awards is an award sponsored by Ernst & Young in recognition of entrepreneurship. Founded in 1986 in Milwaukee as a single award, as of 2016 twenty-five programs were run in all 50 US states and more than 60 countries, including Ireland. The Ireland judging panel this year included Denis O’Brien of Digicel.