It was with great excitement that Cork Motor Club recently announced that 2022 will see the West Cork Rally roar back to Clonakilty on March 19th and 20th 2022, after a two-year hiatus.

A long-term supporter of the event, the Clonakilty Park Hotel are delighted to once more be the title sponsor of what will be the 42nd running of one of Irelands biggest rally events, and General Manager David Henry & his team are looking forward to welcoming everyone to the Rally HQ safely once more. 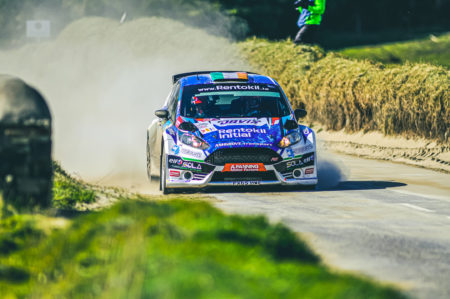 The route for the 2022 West Cork Rally has been a while in the planning, and new COC Steve Davis is seeing competitors leave the start line on March 19th 2022, ready to take on the best West Cork has to offer. “Starting as always from the very welcoming town of Clonakilty, the crews will take on the best of the stages we have to offer. All the classics are there over the two days; Ardfield, Ring & Ballinascarthy to name a few. It’s going to be two days of incredible rallying that no competitor, from Car 1 right through to Car 151, is going to want to miss!”

The Event Regs and Entry Forms will soon be available both through www.WestCorkRally.com & www.CorkMotorClub.com