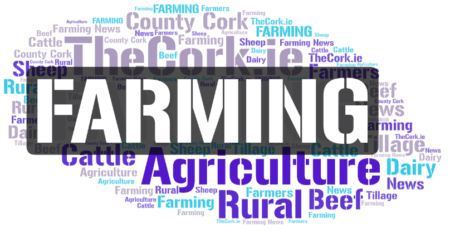 The “spiralling income crisis in the pig sector has been allowed to reach a catastrophic crisis point”, with the Minister for Agriculture “completely burying his head in the sand on the issue”, according to the outspoken Deputy Michael Collins.

“There is now a significant gap between the cost of pig production and what farmers are being paid. Soaring input costs and supply chain disruptions caused by Covid and Brexit mean a 500-sow unit is now losing more than €35,000 a month.”

“The most recent pig price cut of 4 cent a kilo coupled with rising feed costs of €35 per tonne, means every pig produced on Irish farms is now losing over €35.”

“This is further compounded by the fact that farmers are feeding pigs that would ordinarily have been killed weeks ago, as factories cannot carry out kills, due to staffing pressures.”

“Pig farmers have raised their dire situation with us. Accordingly, we are now calling on the Minister for Agriculture and the government to take urgent action to support these farmers.”

“Equally, we believe the state should purchase at least 100,000 pigs from crippled farmers, slaughter them, and hold them in cold storage. The government should also instruct banks and feed suppliers to be flexible with farmers at this time. These measures are essential to relive some of the pressures on these farmers.”

“Unfortunately, the Irish government has failed to act and we believe this position is no longer tenable, as governments in other jurisdictions have rallied to the support of their pig farmers. For instance, support schemes have been introduced in Scotland with grant aid of over £1.4 million and in the US where a €47 per pig scheme, together with a further €44 million recoupment of losses scheme, was implemented to support their farmers.”

“We urgently need a financial aid package for the Irish pig sector, and we cannot overstate the gravity of this situation. [The] Minister… and the government must respond now,” concluded Deputy Collins.