Gambling regulation in Ireland: this is the current state 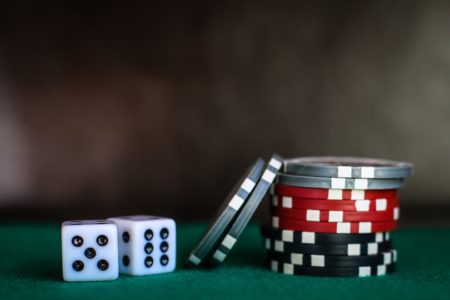 In the Republic of Ireland, a small island in the Atlantic Ocean, a new law for gambling is applied. Newly regulated are primarily the measures on advertising, but also the minimum age is affected. But also additional specifications. The replaced law and its regulations originated from the 50s. In this sense, of course, the rules were no longer up to date. The fact that the new regulation of all areas of gambling is of great importance can be seen in a few figures. These prove the large spread of all kinds of gambling on the island. Thus, according to the estimates, an amount of almost ten billion euros was invested in gambling in 2019.

Almost 50% of this is said to have gone to casino operations, slot machines and bingo. The remaining five million euros were used in betting on sports, on horses or in lotteries. The recent rise of online casinos in Ireland has motivated the Irish government to replace existing regulations. These new laws have significantly advanced the Irish gambling industry. Due to the huge amounts involved, consumer protection plays a significant role for the government of Ireland. This consumer protection has been promoted with the new legislation, one hears from the responsible government circles in Dublin. In addition, one showed up confident that in the future charity projects would be supported still more by capital from the gambling industry. All gaming and lottery activities could be better supported in this way. The subsidies would also provide important support to sports clubs and non-profit organisations.

The law on gambling has been re-regulated

Recently, a new gambling law has been followed in Ireland. However, the existing law has not been revised in its entirety, only some important areas have been added or amended. All this has been done to increase consumer protection accordingly. Considering that the current law dated back to 1956, it was a much-needed matter.

Betting and gambling have always been popular in Ireland. Contrary to what many people believe, this statement does not only apply to casinos, scratch card purchases and lotteries. In Ireland, first and foremost, sports betting is popular. Therefore, a large number of bookmakers are located in Ireland. Surprisingly, most fans go to the bookmakers on site. The online offers are less interesting.

These preferences of the Irish population led to the fact that gambling was legalized a long time ago. Usually, it happens in such a way that the offspring are taken to the horse races and in this way are accustomed to this leisure activity from an early age. That is why there are hardly any restrictions and regulations in the gambling law for Ireland.

The disadvantage of a regulation gap is the lack of consumer or player protection. In the past, children and young people were particularly affected by this lack of protection.

Years ago, the evaluation of a relevant study found that minors are involved in gambling about three times more often than adults. This fact does not only refer to young people who earn their own money. It starts much earlier: ten-year-olds play roulette and slots via smartphones. Even more, it turned out that many teenagers have accumulated several thousand euros in debt.

Therefore, the Irish law on gambling was revised accordingly. Now the protection of the players is in the first place and primarily children and young people are to be taken into protection. To what extent this will work in detail has not been made public. It was only announced that advertising will be regulated accordingly. Possibly the view was directed to other countries, in which for a long time either no advertisement at all runs or such one is aired only at night.

Another study makes clear how popular gambling is in Ireland. Thus, in 2019, a total of ten billion euros was spent on gambling. The largest part was related to sports betting, which amounted to five billion euros. This makes it clear how popular sports betting is.
In addition, the study revealed that just under 75 percent of 55 to 64-year-olds participate in gambling. One fact is that every tenth young person already participates in games of chance. On the positive side, under the new law, gambling is only allowed from the age of 18.
Interestingly, the Irish government has taken the opportunity to increase the tax from 1to 2 percent in 2019. The presumption is that the government wanted to secure its share of recreational activity. On the other hand, the industry was harmed by this action: some bookmakers could not afford it and closed the business forever.

Despite this fact, this year the government has once again considered whether to increase the tax. However, an agreement does not seem to have been reached yet. However, if more betting shops are closed, then many players might switch to online casinos. These are other reasons why the gambling treaty has been revised.

In Ireland online casinos are legal

In 1956, there was no way to know that online casinos and online sports betting would be offered one day. Because gambling is allowed, online casinos are also legal. This led to the result that already in 2014 and 2015 corresponding adjustments were made in the gambling law. However, these were not enough to protect young people and children from dubious providers.

A study showed that 10 percent of all fans of gambling play online. It is not known what proportion of these are minors. Nevertheless, it was necessary to include a higher level of player protection. This is the only way to prevent players from turning to a dubious provider. Many cannot really distinguish a reputable from a dubious gambling provider. And that is where the new law comes in.

Another reason for the rapid change in the law could be the reduction in local betting shops. The fewer there are, the more players will migrate to online offerings. For this, rules and regulations have to be created in time to protect the own population from great harm.

How to apply for Naturalisation in Cork? #IrishCitizenship
Previous Post
New Plaza at Watergrasshill is NOT on Motorway: it’s in the village itself and will be used for community events
Next Post
Tweets by @TheCork_ie