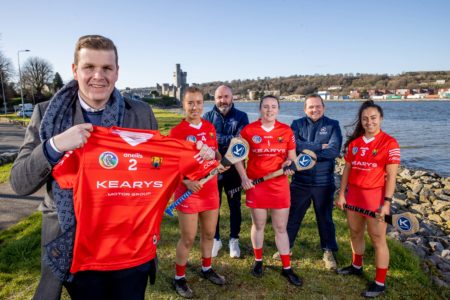 Kearys’ sponsorship has released a new Cork Camogie jersey in collaboration with O’Neills and will support the Cork Camogie Senior, Intermediate, Minor and U16 camogie teams for the next three years as well as getting involved with both Under 16 and Under 14 Club Championships.

CEO of Kearys Motor Group, Brendan Keary said: “We are delighted and proud to partner Cork Camogie for the next three years with this significant sponsorship that reflects Kearys’ culture, values and team spirit. We look forward to a great relationship with all the teams and promoting camogie in our community in Cork and women’s sport in general throughout the county.” he added.

“The Cork Camogie teams are an amazing group of athletes and fantastic ambassadors for Cork as we have a great talent pool and determination to succeed. We look forward to working with Kearys Motor Group and forging a successful relationship together over the next three years,” said Mairead Donovan, Cathaoirleach, Cork Camogie.

The Cork Senior Camogie team have since the turn of the century competed annually at the Senior semi-final stage [21 appearances], went on to compete in 16 finals and winning 9 Senior titles, bringing the tally to 28 senior All Ireland titles which showcases our premier status in the Camogie World – winning the Intermediate All Ireland title in 2018, winning Minor and Under 16 All Ireland titles in the last number of years and multiple Munster titles at Senior, Intermediate, Junior, Minor & U16 level.