Metropole Hotel shortlisted for Cork Business of the Year Award

The Metropole Hotel has been shortlisted in the 2022 Cork Business of the Year Awards. The historic hotel is one of three finalists in the category of Best Cork Hotel.

It’s the 65th year of the awards which are judged by an independent panel from Cork’s business and civic community as well as a public vote. The winners will be revealed at the CBA President’s Dinner which takes place in Vienna Woods Hotel on Saturday, April 23rd.

The four-star Metropole Hotel is a member of Trigon Hotels and is located in Cork’s Victorian Quarter. It has 98 bedrooms and 10 meeting and conference rooms. It has a strong partnership with Cope Foundation and Ability@Work, promoting diversity and inclusion within the workplace as well as fundraising for the organisation. 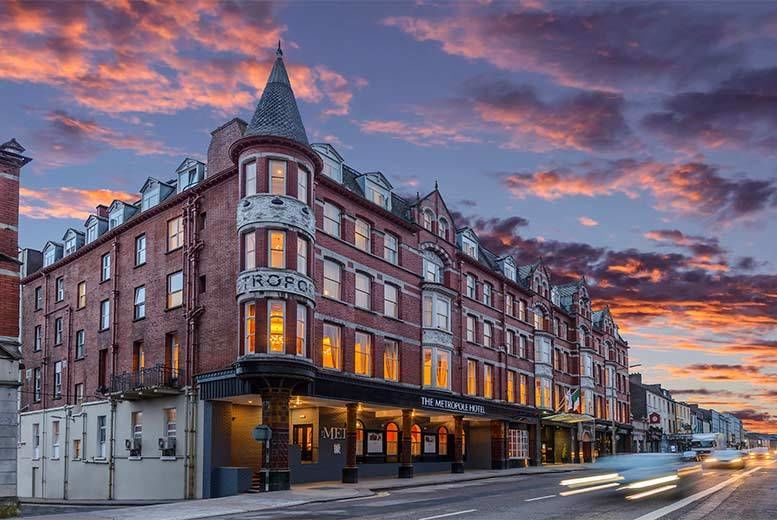 Roger Russell, General Manager of the Metropole Hotel, said, “We’re delighted to be a finalist in the Cork Business of the Year Awards in what is a significant year for the Metropole Hotel. This June we will celebrate our 125th year of serving this beautiful city. A lot has happened since the doors first opened in 1897 however, the Metropole has continued to thrive, adapting to each challenge. A highlight over the last year was the launch of the “Hands of Hope” mural on Harley Street to recognise the challenges we collectively faced as a community during Covid-19. It features handprints of our team members and colleagues at Cope Foundation with the words Hope, Courage and Resilience.”

Managing Director of Trigon Hotels, Aaron Mansworth added, “I want to extend a huge well done to the team at the Metropole Hotel. There was a record number of entries this year so it is a significant achievement to be in the running for the title of Best Cork Hotel. Our team is the most important part of our business and they are like family to us. Any challenge encountered is overcome by their incredible cohesion and determination to succeed through adversity. There were many successes over the last year too. We saw the return of the Jazz Festival, opened the Harley StrEAT food market and developed our partnership with Cope Foundation, working to create a sensory garden. It would be wonderful to round it off by winning the Cork Business Award.”

Members of the public can cast their vote by visiting https://cbaawards.ie/vote Voting will end on April 12th and is limited to one entry per email address.