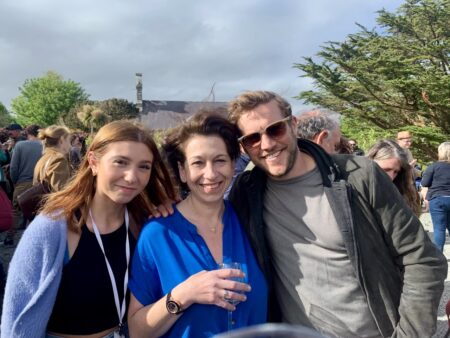 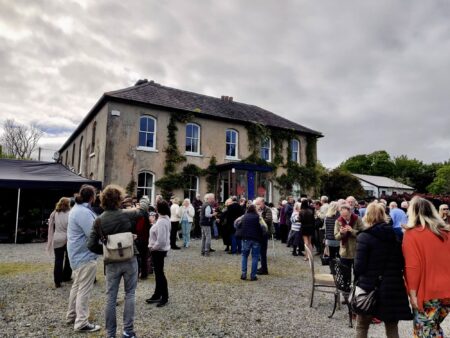 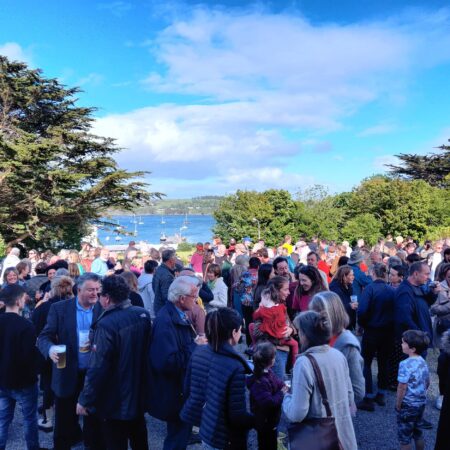 Over 200 film enthusiasts soaked up the sunshine and the atmosphere, enjoying live music from Stuart Wilde and the Birdmen. Rising Sons Larger and Longueville House Cider was flowing as was the conversation on film and delicious West Cork produce was in plenty supply. Schull is definitely the place to be and be seen this week, right through to the Wrap Party following the Interference Concert on Sunday night.

Several exciting participating guests at the festival will include: Paul Mescal, Aisling Walsh, Stephen Rea, Ciarán Hinds, Alison Oliver, Joe Alwyn, David Puttnam, Pauline McLynn, Lenny Abrahamson plus many more film experts will be on the scene in Schull for the duration of the festival. Also, featured at the festival will be in excess of 300 short films, 13 feature length films, outdoor cinema, live concert from Interference, a Focus on Scottish Film, Irish Day on Cape Clear and Carmel Winters will be the host of the now famous Film Quiz, no prizes just the filmmakers’ reputations at stake!