This summer six of the country’s top food trucks went head-to-head in an intense culinary competition in search of the chef who could handle the heat and create the best eating experience to win the ultimate prize of €5,000.

Christopher Braganza who runs the Spice Genie food truck from his Cork base has been selected as this year’s winner of Battle of the Food Trucks. Christopher is originally from India and moved to Ireland in 2012. He makes home cooked authentic Indian food. 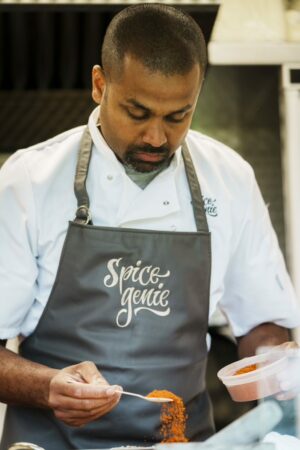 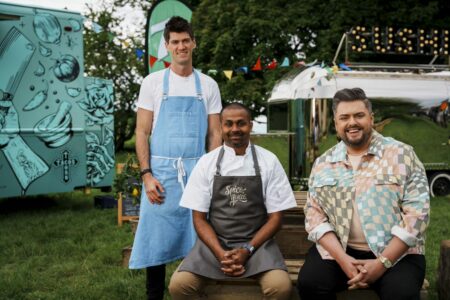 Chris said, “Winning this title really means the world to me. First of all I’m representing Goa, my family, India, Cork, my suppliers and my customers and everybody has been a part of this journey. I really thank everybody who’s been there through the ups and downs – through bad weather and good weather they always show up and encourage me to do what I love the most! It really means a lot to me – I’m honoured.”

Runner up Scott Holder of Los Chicanos said: “I’m delighted for Christopher – we both cooked our hearts you know, he obviously pulled out some amazing food. To be honest with you I just wanted to get to the final because I wanted to put all those dishes out in front of the judges. I’ve done that, they loved them, it was an adventure with twists and turns and I met a lot of cool people.”

Battle of the Food Trucks host with the most James Patrice said, “Well, what a series it’s been this year on Battle Of The Food Trucks! Each of our chefs were utterly outstanding in their talent, passion and sensational skills – not to mention the fact that they were all mighty craic! The finale was the definition of a nail biter (I’m flat out on the manicures since) and to see the culmination of Scott and Christopher’s journeys in such a feast of fabulous food was an absolute joy. All hail King Chris and his incredible Spice Genie food truck! We’ve had amazing feedback from audiences and on social media, which further proves that Ireland’s love for food trucks is only getting bigger and better. Sure we’re full of notions altogether! Of course, Justine and I still can’t fry an egg to save our lives but look – we’ll keep her lit!”

Co-host and comedian Justine Stafford said, “Huge congrats to Chris on winning the competition. Chris and his food were trucking amazing! I can’t wait to visit his truck in Cork and inhale every dish on the menu. He was a spice genie and a gent and I’m not saying it helped his luck, but he also had one of the best novelty sock ranges of any contestant… Either way he cooked his socks off and we are delighted to see where he and his truck go next!”

Chris and the other food truck owners were put through their culinary paces by judges Eric Matthews and Gráinne Mullins over the course of six episodes. Some of the challenges included creating their competitors signature dish, creating a delicious dish from a mystery box of ingredients and a blind taste challenge.

Judge Eric Matthews (who has over 17 years’ experience working in Michelin starred restaurants around the globe and was former Head Chef at Dublin’s famous Chapter One Restaurant) and award-winning pastry chef Gráinne Mullins of Grá Chocolates crowned Chris the winner of this year’s series.

All episodes of series 2 of Battle of the Food Trucks, are now available to binge watch on the RTÉ Player – word of the wise though – don’t watch it while you’re hungry! (Unless you live near a food truck and can satisfy your cravings!)

Additional information on the winner

Christopher is originally from India but moved to Ireland in 2012. His brother, Gary, already lived here. Gary works as a nurse manager in A&E in University Hospital Cork. Gary has been incredibly supportive of him, and lent Christopher the money to buy Spice Genie food truck.

Christopher has previously worked as a pastry chef at the Cliff house under head chef, Kwangi Chan – who won the first series of Battle of the Food Trucks. Chris also featured with Kwangi in an episode of MasterChef in 2014.

Not only has Chris worked as a pastry chef, he is also a trained masseuse, and is a referee for `League of Ireland football. His father was the national referee in India, so both he and his brother signed up the FAI refereeing programme in 2012.

He has always been very passionate about food. His food truck came out of Covid. The pandemic gave him the time to reset, step back and focus on food. And since its launch a year ago, Spice Genie has been going from strength to strength. Spice Genie parks up in the Middleton and Kinsale food markets mid-week. Christopher generally does private events at the weekend, after refereeing that day.