Is it worth buying a VR headset for home use?

The entertainment industry has expanded to include devices such as VR headsets. Let’s find out if it’s worth paying attention to.

Today’s technology allows us to have experiences that were hard to imagine. We will find out how far we’ve come.

With VR, you can do many things – from playing lightning roulette live to learning dance moves. This article will explain how VR works and break these stereotypes. 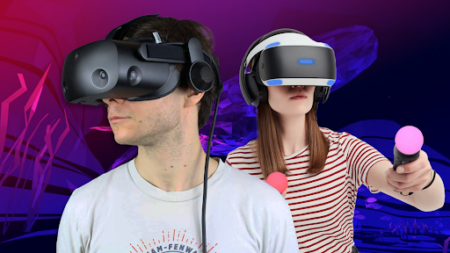 VR is short for Virtual Reality, which translates to “virtual reality. This technology allows you to immerse the user in a virtual world that is hard to distinguish from reality.

It doesn’t have to be a game – it can just be a 360-degree video. Thanks to binocular vision (a vision that uses two eyes), we can distinguish colours and depth. So we determine the distance to objects and therefore do not crash into obstacles.

What the brain sees

The pictures are almost identical, but you can see that the angles are slightly different. It is because the brain superimposes these images on top of each other.

What a person sees

VR helmets have two monitors (or one that is divided into two parts). Each of these monitors shows separate images for each eye. And lenses are used to focus the eye correctly.

The lenses help focus the eye so that the brain perceives the game world as natural and more realistic, thanks to cognitive distortion. Therefore, even mediocre graphics by modern standards look good. In addition, it benefits developers and players alike because the device requires twice as many resources to render two images simultaneously instead of one.

If the lenses are set up correctly, the picture looks believable. If not, it can cause image degradation as well as nausea.

The frame rate also affects how a person feels. It used to be thought that 90 frames per second were enough to make a dive as believable as possible. The advent of the helmet with a monitor refresh rate of 144 Hz has shown that 90 frames are not the limit. But, of course, if the frequency is low, the twitchy image will make you feel bad.

After all, it would be best if you did not ignore the body’s peculiarities. For example, if the vestibular apparatus is poorly developed, then the person will be seasick even in the most advanced helmet.

At the moment, there are two main uses of VR-helmet – 360-degree video and games. In the first case, it takes an existing recording and then splits it into two screens.

To see what it looks like, open the video below with your smartphone – in the settings of the video, you can choose to view it with VR glasses.

As for the games and any 3D spaces, initially, two different images are prepared for the user, which is displayed separately for each eye.

For this purpose, two cameras are installed instead of one. They are placed next to each other, just like human eyes.

The most famous kits are the HTC Vive, Oculus Rift, PS VR, and Valve Index.

They are expensive enough – for this money you can buy a decent gaming laptop. But for that amount of money, you get an experience that you can’t get with cheap Cardboard.

The controllers help you control the game or app, and the cameras serve as an additional input source (they read the player’s movements) and a safety feature: you can mark boundaries you can’t go beyond, and the cameras will alert you when you’re near those boundaries.

Controllers are more complex than a keyboard or mouse – they have buttons and various sensors. Let’s take the Valve Index controllers as an example.

These controllers determine the distance from the handle to each of your fingers, as well as the pressure force, hand position, and many other things – there are more than 80 sensors in the controller. It allows you to show realistic hands in the game, which will repeat the player’s movements.

There are sensors in the helmet, too. For example, a gyroscope allows you to fix the position and tilt of your head. But this is not the only option. For instance, PS VR captures your movements with a camera – there are lighted strips on the helmet, by which the console understands what position your head is in.

As for the Cardboard, it’s just a phone holder with a lens. You can assemble such a helmet yourself by downloading the instructions from Google.

The budget versions allow you to control a game or an app with your smartphone. But since the touchscreen is not available because of the helmet, only the gyroscope is left. So for Cardboard, you can create straightforward games or make video attractions.

There is also the Gear VR, a device from Samsung that also holds a smartphone. It differs from Cardboard in that it has a controller on the helmet. But, expectedly, only specific Samsung smartphone models can be used.

For other smartphones, there are helmets like the FreeFly VR, which also comes with a controller, but that option is more expensive.

What games are available for VR

There aren’t many games for VR at the moment. Most of them are rides, tech demos, and casuals. One of the best casuals at the moment is Beat Saber.

But the highest-profile title at the moment is Half-Life: Alyx.

What is the difference between virtual reality glasses and a helmet?

The main difference between VR glasses and VR helmets is that the first ones can not immerse you into the game. Also, virtual reality helmets have more functionality. With the help of special sensors, all your movements are displayed in the game. Tilt of the head or raise your hand will look realistic; you can walk up to the object and touch it. By controlling the controllers, it is possible to move along different trajectories. And the headphones create surround sound. All of these features as much as possible immerses people inside the story.

It is also worth noting that the virtual reality glasses are connected and interact with your smartphone or PC, while the VR helmet can be a completely self-contained device. 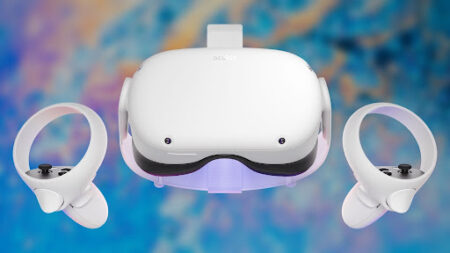 Do you need virtual reality glasses or a helmet?

Virtual reality glasses or helmets are all about getting a new experience with your favorite game or simulation. Immersing ourselves in a fantasy world with our heads, we get the maximum range of emotions. Thanks to motion sensors, we become a full-fledged players, which is much more exciting than just sitting behind the monitor and controlling the mouse.

The range of applications for virtual reality gadgets is growing every year. Perhaps their use shortly will go beyond games and training simulators and will be used in everyday life.

We’ve found that modern quality VR may not make you sick; you can find cheap helmets for $10 and decent ones for $1,000. Well, there are games, and there are more of them. The fact that the new Half-Life came out specifically for VR will significantly boost the development of this technology.

Network Ireland Cork Branch to Focus on Finance for its first event of the autumn schedule
Previous Post
LISTEN: Public service includes many on lower pay so wage increase must not fall short of inflation