What does “Next Gen Console” mean? 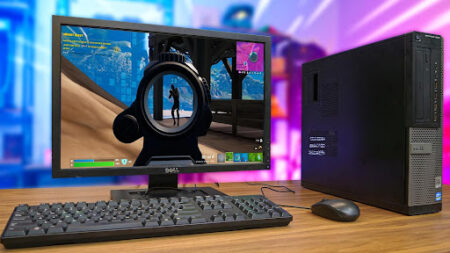 With the PlayStation 5 and the Xbox Series X and S, we have now entered the “next generation” of video game consoles. But what does that mean? Even if you play video games, navigating the technology and gaming landscapes can feel intimidating. If you don’t play video games, this can feel especially true! This short guide will highlight what is new and what are the main differences between these consoles.

What exactly is meant by the term “next generation” game?

There are no accepted criteria for determining what constitutes a “next-gen” video game. However, for the sake of this discussion, we will refer to it as a game that could not have been played on the Xbox One or the PlayStation 4. Games like Demon Souls, which push the bounds of visuals and SSD load times, are examples of games that are unplayable on those older platforms.

Series S is the cheaper, smaller version for disk-free gaming only. The larger Series X has 2x the storage, 3x processing power and the addition of True 4K gaming resolution and a Blu-ray drive.

Despite the fact that both consoles are similar in many ways, both companies have made efforts to differentiate their products from those of the other. The PlayStation 5 has a towering form, and it is the largest system that Sony has ever produced.

On the other hand, because of its cuboid form, the Series X/S seem to be more similar to a gaming personal computer. Nevertheless, regardless of how you feel about the proportions of either console, while in use, neither one gets hot nor makes a lot of noise.

With the release of its new DualSense controller, Sony has prioritized enhancing players’ sense of immersion in video games. In the meantime, Microsoft is counting on the allure of the Xbox Game Pass and the Game Pass Ultimate to get customers to join its ecosystem.

Thankfully, both systems are backwards compatible. This means that previous games may be played on both, even though the PS5 only supports games that were released for the PS4. The Series X, on the other hand, is able to play games from all previous generations of Xbox consoles.

Both Microsoft and Sony have gone to great lengths to provide the best consoles for this generation, the underlying software development continues to advance. Every couple of weeks, a new announcement pushes one system ahead of the other. This might be a new feature, a game, an exclusive contract, or a quality-of-life update, such as the addition of PS5 VRR compatibility.

The good news is that you really can’t make a mistake by choosing either one of the consoles now available. But unfortunately you can’t switch between the two brands, you need to decide which you prefer.

The choice is yours, Microsoft or Sony?