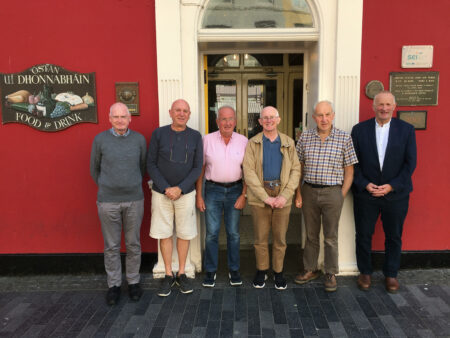 Dr. Potter came to Clonakilty to thank the local group for their support and important contribution to the book, of which almost all 200 copies sold out in a matter of weeks after publication in November 2021.

The book is a comprehensive history of the Clonakilty Town Council in its various guises since 1613 up to the time like all other 80 similar local councils in the state. Town Councils were abolished in 2014 by the government, and replaced with the concept of Municipal Districts, which have chairpersons, instead of ‘Mayors’

The book records the personalities who were Mayors of Clonakilty during the four centuries, including photos and old paintings of some of those before cameras were invented.