The Social Democrats hosted a public meeting on Saturday 22nd in the Metropole Hotel with sessions on healthcare reform and the costs of living crisis. Prior to the event, Cork branch representatives met with local groups such as Cork Commuter Coalition, Cork Cycling Campaign and The VQ at Salvagem on MacCurtain Street.

Róisín Shortall TD is the party’s spokesperson on health and chaired the Oireachtas Committee on the Future of Healthcare. This committee produced the Sláintecare plan which proposes to reform and modernise the Irish healthcare system. Róisín told attendees at the event that there are over 900,000 people currently on waiting lists, saying “that’s 20% of our population on various lists. If that isn’t an indictment of the government, I don’t know what is”. Other speakers at the session included Rebecca O’Riordan (FUSS), Tom McDonnell (NERI), Dr. Angela Flynn (UCC) and Dr. Patrick Bracken.

Following the event, party co-leaders, Roisín Shortall and Catherine Murphy joined a Dereliction Tour given by local urban designers Frank O’Connor and Jude Sherry to view the level of dereliction and vacant premises around Shandon and the city centre.

Calling on the local authority to address the crisis in Cork, Catherine Murphy TD said: “There is a shocking amount of dereliction. This is an endemic problem, and it is really letting the city down. I think Cork is a fantastic city. If the dereliction was dealt with, it would certainly scale it up and it would provide accommodation at the same time which is so badly needed.” 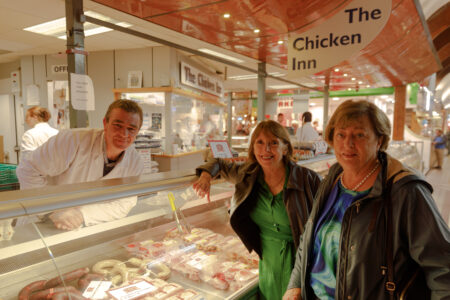 Cork, Ireland, 22nd October 2022.
Cork Social Democrats Host Dereliction Tour, Cork, Ireland.
Cork Social Democrats this afternoon despite heavy downpours hosted a dereliction tour to highlight to amount of buildings derelict in Cork city. It brought attendees through the historic streets of Cork including Shandon Street, North Main Street, South Main Street, Sullivans Quay and finally onto Grand Parade.
Attendees were shown some of the buildings and given a sense of what the building was used for historically and how long it has been empty, there was story after story of plans to redevelop the locations that were never saw through. It gave attendees a glimpse into the possibilities the city has to offer if it repurposed these buildings many of which are on some of the busiest streets in Cork.
Credit: Damian Coleman 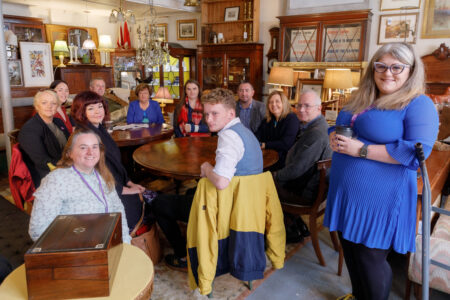 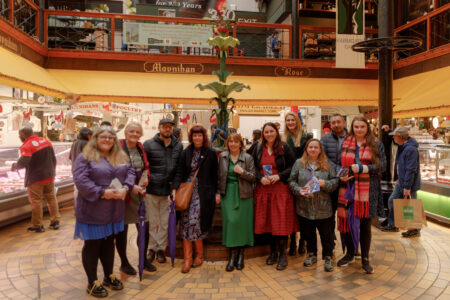