Ms. McNamara, originally from Cork City, but now living in Clonakilty, will be one of only four sheriffs in Ireland (two in Dublin and two in Cork), who combine the powers of Revenue Commissioners’ officials and county registrar.

As Cork County Sheriff, McNamara will operate in liaison with the
Departments of Justice and Finance/ Revenue Commissioners.

She will be responsible for enforcing court orders in civil debt, collection of outstanding tax
debts on behalf of the Revenue Commissioners, as well as acting as
Returning Officer in general elections and referenda.

Apart from the Cork and Dublin sheriffs, there are a dozen more ‘revenue’
sheriffs throughout the country, whose powers are restricted to Revenue
Commissioner matters, and whose primary responsibility is to collect taxes
on behalf of the collector general.

Minister for Justice, Alan Shatter, T.D. officially informed McNamara* on
Tuesday 26th February that Cabinet had approved her appointment as Cork
County Sheriff, following her application for the position in late 2012.

Commenting her appointment as Cork County Sheriff, Ms. McNamara said* *“It
is a huge honour to be named as the first female County Sheriff and I was
delighted when Minister Shatter shared the good news with me. I’m very much
looking forward to the challenges associated with my new role.”*

Ms. McNamara represents some of the country’s main lending institutions in
the areas of debt recovery and insolvency, including receiverships. She has
extensive experience in advising banking and other creditors and insolvency
practitioners on a wide range of insolvency and corporate recovery matters.

She also deals employment law and with the administration of estates and is
a recipient of the John L. Jermyn Probate Prize. 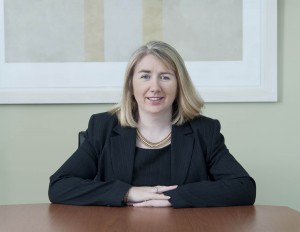