For four days in March each year a small slice of the Gloucestershire countryside becomes co-opted as an Irish enclave. It refers to, of course, the Cheltenham Festival (13th-16th March), which is the finest showcase of jumps racing in the sporting calendar.

Thousands of Irish fans will make the trip over to Britain to catch the races, but it is the impact on the course where the real impression is made. Last year, Irish-trained horses won a record 19 out of the 28 races at Cheltenham. If anything, the Irish influence is growing. 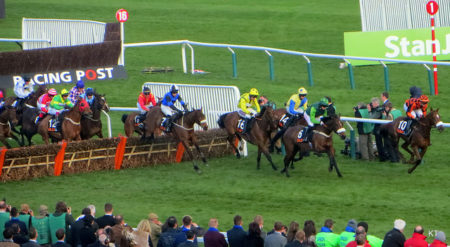 Cork-born Gold Cup hero Davy Russell was perhaps a little unlucky not to have bagged more wins last year, finishing in the places seven times and winning one race, the Pertemps Final Handicap Hurdle, on Presenting Percy. He will be keen to add to his excellent record of 18 Festival wins in 2018.

Of course, there will be plenty of other familiar faces back at the Festival this year, with Willie Mullins and jockey Ruby Walsh among those who will be backed to succeed by Irish punters. You can find all the betting tips, offers and free bets at the Freebets.co.uk Cheltenham page. For the moment, here are some Irish horses to keep an eye on this year.

Willie Mullins – the trainer with the most all-time Cheltenham wins – had a disastrous first day last year, winning no races for the first time in nine years. He could get off to a flyer this year though, with the highly-promising Getabird the bookies’ favourite at 9/4 to win the first race of the Festival – the Supreme Novices’ Hurdle.

If you are looking for something akin to a ‘sure thing’ for the Festival, you do a lot worse than backing Apple’s Jade. Trained by Gordon Elliot, the mare has the makings of a superstar. She won this Mares’ Hurdle last year and looks a steal at 4/6 to win it again this year. Davy Russell saddled Apple’s Jade in her last victory in Leopardstown in December, so there is the chance the Cork-man gets a shot at another big Grade 1 victory here.

On Wednesday 14th March Min looks likely to take on the toughest job of the Festival – race Altior in the Queen Mother Champion Chase. A lot of money will be put on Altior at 8/11 to win yet another big race. However, don’t rule out the brilliant Min (also trained by Mullins) who is currently second-favourite at 11/4 for the race. Could be the biggest shock of the Festival. 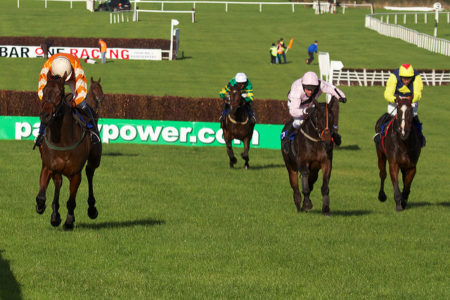 Day 3 at Cheltenham – called St Patrick’s Thursday regardless of the date – was the scene of the Mullins’ comeback last year. He turned his fortunes around by landing four wins, all with Ruby Walsh in the saddle. One of the most eye-catching was the Ryanair Chase win on Un De Sceaux. He is 3/1 to do it again in 2018. That price looks like a bargain.

Horse racing and boxing share similar traits in that one bad race, or fight, and you can be considered past it. Everyone in sport likes to prove doubters wrong however, and Sizing John has all the right ingredients to bounce back from a poor run in the Leopardstown Christmas Chase. Trainer Jessica Harrington runs a brilliant operation from Moone, Co Kildare. She will be doing everything possible to get Sizing John back in form for a second successive Gold Cup win.