John Roche, owner and operator of Roche’s Londis Doneraile, Co Cork, has been elected to the National Council of Londis Retailers (NCLR) until 2022.

The NCLR is made up of 8 Londis retailers who are representative of our mixture of urban and rural retailers from around the country and who play a key role in the success and development of the Londis brand in Ireland. The members serve for two years and as part of their role, council members help develop Londis Ireland’s overall plan by regularly meeting with management of BWG Foods, owners and operators of the Londis brand in Ireland.

John said, “I am honoured to have been elected to the National Council of Londis Retailers. Our term in office is ensuring all Londis retailers’ voices are heard and to make sure their feedback and insights are communicated to BWG management to drive the overall Londis brand throughout the year. Together we can make Londis stronger than ever.”

Speaking at the announcement of the new National Council of Londis Retailers, Londis Sales Director Conor Hayes thanked those members entering their second year on the council for their service and wished the incoming members well during their term of office.

“The NCLR plays a key role in the success and development of the Londis brand in Ireland,” said Conor.

“These 8 retailers have been nominated from all across the country to represent Londis’ family of independent local retailers. They provide a vital function in helping develop Londis Ireland’s overall plan through their regular meetings with management of BWG Foods.

“I want to take this opportunity to welcome the new members of the National Council of Londis Retailers and wish them well for the duration of their term of service.” 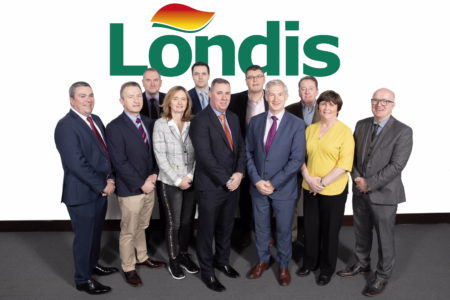