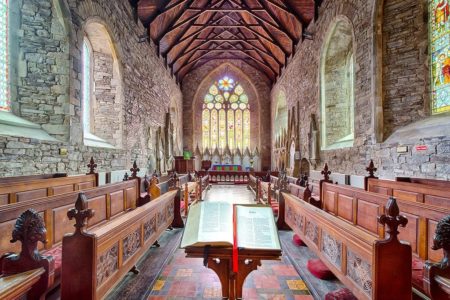 The Collegiate Church of Saint Mary the Virgin, Youghal, County Cork has won a prestigious tourism award for the quality of the visitor experience at the church. The Tripadvisor Travellers’ Choice award is given to accommodation, attractions and restaurants that consistently earn great reviews from travellers and are ranked within the top 10% of properties on Tripadvisor. St. Mary’s is ranked number one of visitor attractions in Youghal, with 167 reviews (out of 171) being either four or five stars.

Recent reviews described it as “an amazing gem”, “a beautiful building with so much history” and “a great tour”.

This is a welcome and well deserved recognition of the hard work that has gone into developing St. Mary’s as a visitor attraction, while still being a living community of worshippers. Wayne Ruxton, the tour guide and administrator, and the rest of the team, have done a fantastic job in welcoming the many visitors to the church

2020 marks the 800th anniversary of St. Mary’s, making it one of the oldest continuously used churches in Ireland. While most of the planned events to mark the anniversary have had to be postponed, a new visitor experience centre will open in September, with audio tours in many languages and an interactive guide to the history of the church and the historic town of Youghal. 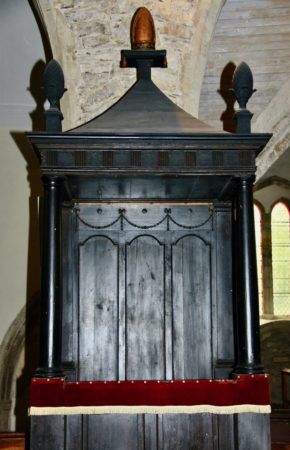 St. Mary’s Collegiate Church is cared for under a unique arrangement in which the building and grounds are leased to Cork County Council as a visitor attraction and concert venue, while the Church of Ireland community continue to worship every Sunday at 11.30am.

The tomb of Richard Boyle, First Earl of Cork

Among the many things to see are the original roof timbers dating from 1216, the spectacular tomb of Richard Boyle, 1st earl of Cork, the magnificent East Window, the 18th Century pulpit and Warden’s chair, and new War Memorial chapel. Strolling through the grounds also offers visitors a chance to walk along the medieval town walls with their spectacular views across the River Blackwater.