How Can Ireland Qualify for Euro 2024? 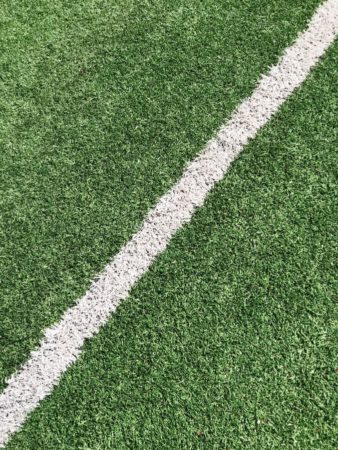 The Republic of Ireland national team is going through a troubling period. The UEFA European Football Championship commencing provides a stark reminder to the Irish of their failure to qualify. After qualifying for the last two tournaments, they were hoping to reach this summer edition’s finals. However, they appear to be going through a period with a dearth of talent, compared to the 90s and 2000s when players like Roy Keane, Paul McGrath, Robbie Kean, and Denis Irwin donned the green jersey.

In those days, Ireland qualified for World Cups but haven’t been seen at one since 2002. Nevertheless, after guiding Dundalk to unprecedented success, how can manager Stephen Kenny turn around Ireland’s fortunes and qualify for their next major tournament?

The cliche way many managers look to turn a squad around is through youth. However, in the case of the Boys in Green, this might be paramount for future success; clinging to an old guard has left the squad starved for quality footballers between the ages of 21-28.

For example, look at France; in 2010, Raymond Domenech filled the squad with proven stars that could challenge for a World Cup. However, there was a mutiny, and they turned a page on the older guard and went with an unproven and youthful side for the 2014 World Cup. Of course, they had a couple of leftover leaders, like Patrice Evra, but the turnover to youth paid dividends in the 2018 World Cup.

France is still reaping the benefits as one of the favourites for Euro 2020 while having more young talent left off the squad. In fact, UEFA Euro betting sees France as joint-favourites with England to win the competition outright at 5/1. Ireland’s near neighbours are another nation that turned to youth in transitioning from a leftover golden generation.

That being said, Ireland isn’t on the brink of a World Cup, but to start qualifying consistently, Stephen Kenny needs to continue turning to a younger team as he has been doing. He has given 13 players an international cap in six months, shifting to get a new generation of talent bled in. Players like Andrew Omobamidele, Chiedozie Ogbene, and Caoimhín Kelleher could form the backbone of a new Ireland.

A Shift in Playing Style

What has dogged Ireland in the last decade, if not longer, is their predictable and stagnant tactics. Get as many men behind the ball as possible and launch it upfront as soon as it is won. It puts a strain on the defence and requires 90 total minutes of pressure and commitment. But, of course, sometimes it can pull off the spectacular, like when they beat world champions Germany in a Euro qualifier in 2015 1-0, despite only seeing 28% of possession.

Nevertheless, it’s not a sustainable model to win football matches. It’s not just about being pleasing to the eye but giving yourself ample opportunity to succeed. If Ireland were to play without the ball consistently, they wouldn’t be comfortable in dominating the ball against sides of their own quality. Kenny has been implementing a more possession-based side, and although it has only yielded a victory against Andorra, he should be given time to mould the squad in his image. With the team in such transition, getting results will be difficult and it should be more focused on the style of play in the initial phases.

Not qualifying for Euro 2020 was obviously a bitter disappointment for the nation but, as seen with other teams, sometimes it’s needed to bottom out before building yourself back up again. By migrating focus from qualification to promoting youth and building a cohesive squad, Ireland will benefit in the long run.