The Ambassador of France to Ireland has visited Cork for his first time ahead of the 32nd Cork French Film Festival. H. E. Vincent Guérend met with the Lord Mayor of Cork, Cllr. Colm Kelleher and Minister for Foreign Affairs, Simon Coveney TD during his trip to the city.

The Cork French Film Festival, which is presented by Alliance Française de Cork, runs from Thursday 2nd September to Sunday 5th of September at The Gate Cinema and online. Twelve films, featuring some of the greatest Francophone film directors and actors will be shown during the four-day event.

The opening night film is Sisters (Sœurs) which was one of this summer’s hits in France. The relationship of three sisters is shaken when Zorah (Isabelle Adjani) decides to write a play based on the events of their Franco-Algerian childhood which have haunted them all their lives.

The closing film is Madly in Life, a comedy drama that tells the story of Alex and Noémie, who are in their thirties and would like to have a child. Their plans are upset when Alex’s mother, Suzanne, starts acting rather bizarrely.

H. E. Vincent Guérend, Ambassador of France to Ireland said: “I am delighted to be here in Cork to support the 32nd Alliance Française Cork French Film Festival. This festival is now a well established landmark in Cork and in the cultural exchanges between France and Ireland. The promotion of cinema is also an important aspect of the relations between our two countries. This year’s programme encompasses different genres, showcases the diversity of French-language cinema and will appeal to many different audiences. Je vous souhaite à tous un très bon festival.” 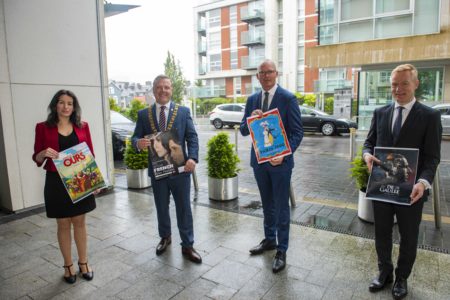 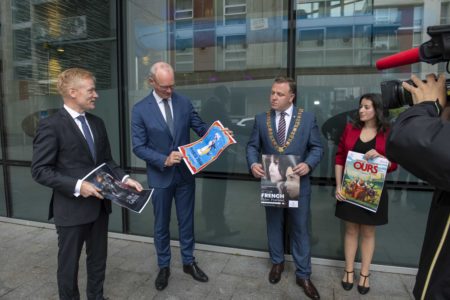 The Minister for Foreign Affairs and Trade, Simon Coveney TD said: “It is wonderful to see such a vibrant programme in place for the Cork French Film Festival. France and Ireland have significant historic ties and culture is an important part of maintaining and strengthening our links. I would like to congratulate the Cork French Film Festival on this year’s festival and programme and wish it every success. We are very proud of all you have achieved over the past 32 years. Longue vie et réussite au festival!”

Lord Mayor of Cork, Cllr Colm Kelleher described the event as one of Cork’s longest-running festivals, he said it is one we remain very proud of, “That we host a thriving annual French Film Festival in Cork city, references the profound nature and history of the alliance between Ireland and France, and indeed, between Cork and France directly. Cork is home to many people of French origin who contribute enormously to the life of our city. I know the festival attracts large audiences of Cork cinéphiles and Francophiles. This year’s Festival is more diverse than ever, covering all genres of cinema – a true festival.”

Chairman of Alliance Française de Cork, John Mullins said, “Cork is home to the second-largest community of French citizens in Ireland and we hope that the 32nd edition of the Cork French Film Festival is a vibrant illustration of this special relationship. The joint cinematic history between France and Ireland is nothing new, it stretches back almost a century before the first festival was held in 1897 when the Lumière Brothers recorded the first ever images from Ireland.”

There will be limited capacity on screenings at the Gate Cinema, which has additional safety measures in place. Festival goers are encouraged to book tickets online. This year, for the first time, there also will be an online option for film lovers who wish to join in from home. Tickets can be bought online at www.gatecinemas.com for screenings at the Gate Cinema in Cork and at https://corkfrenchfilmfestival.com for online screenings. The programme for the 32nd Cork French Film Festival has been curated and managed by Green Ray Film Agency and the festival has been directed by Josselin Le Gall and Valérie David-McGonnell for the Alliance Française de Cork.