Why Is Ireland Overhauling Its Gambling Legislation 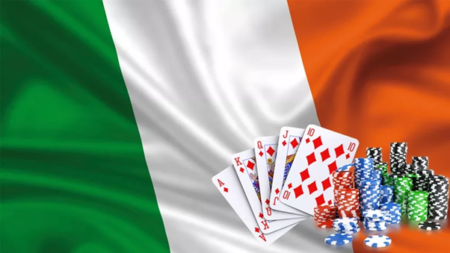 Ireland has a long history of gambling. While many countries are still in the conversations on whether or not to let gambling industries operate on their lands, Ireland has had many forms of gambling regulated for centuries already.

However, despite having a regulated gambling industry, the Irish authorities seem to see the need for amendments to their gambling laws.

Now, it raises the question of why is Ireland overhauling its gambling legislation?

The political desire to amend the gambling laws of Ireland points out the belief that it no longer serves its purpose, and thereby should be modernised.

In 2013, the heads of the Gambling Control Bill (the Scheme) were published by the Irish government. If enacted, the law will update the country’s legislative framework for all forms of land-based and online gambling.

However, media reports in early 2018 showed that plans were made by the government to scrap the Scheme and will prepare and publish a newly updated Scheme, as the original is said to be outdated and no longer serves its purpose.

The Department of Justice and Equality has stated in its Action Plan for 2021 that a General Scheme of legislation is made to change its gambling’s licensing regime and the establishment of a regulating body will happen in the third quarter of this year.

On the other hand, the offshore gambling operators and intermediary services that offer betting services to Irish citizens remotely needed to secure either a remote betting intermediary license or a remote bookmaker’s license from the governing bodies as stipulated under the Betting Acts.

In this context, the remote is described, relative to communication, as any electronic means, such as the internet, telephone, and telegraphy (wired or wireless). Based on the list of operators who have secured necessary permits, it’s clear that there’s a significant number of operators for offshore gambling that offer services to Irish citizens.

A separate piece of legislation deals with gaming and lotteries in Ireland, as stated under the Gaming and Lottery Act of 1956. Unlike betting, the Irish government still prohibits gaming, although with an exception for some limited circumstances like funfairs and licensed amusement halls. However, private membership clubs that offer casino games may be allowed to operate.

In 2019, an amendment to the Gaming and Lotteries Act 2019 was passed and signed into law on the 21st of December, of the same year. It resulted in several changes in terms of licensing for gaming and lotteries.

While the 2019 amendment didn’t specifically refer to gaming and lotteries online, the Act applies to both land-based and online gaming or lotteries that are taking place in the country. However, since the legislation didn’t specifically state that it has jurisdiction over other territories, it can be said that it only applies to gaming and lotteries operating within Ireland. So offshore operators may be exempted from it.

Also, online lottery operators may be relieved as the 2019 legislation ended the restriction in the 1956 Act with regards to players in Ireland who send funds outside the country for “foreign lottery”. Though it may wasn’t actively enforced, the offshore lottery operators may find reassurance that their players can confidently play offshore without the fear of committing an offence.

The 2019 Act was described by the government as an “interim measure” for the more comprehensive legislative reform for the country’s gambling industry and the introduction of the Gambling Control Bill.

The supposed regulator or the comprehensive Gambling Control Bill, which should be launched by this year, aims to keep up with the recent technological development in the global gambling scene.

It commits to establishing a gambling regulator that prioritizes public safety and well-being, whether gambling in land-based or online gambling. It also has the power over gambling sites and apps, as well as to regulate advertising.

To emphasize the safekeeping of the well-being of its citizens, the regulator limits gaming machines’ stakes and prizes.

The development of the law also aims to provide key provisions on modern licensing and regulations in the Irish gambling industry.

The then Minister for Justice Helen McEntee said in an interview that with the “size, complexity, and technological development” of the current gambling industry and the consideration to the outdated and complex arrangements, there’s a need for the regulators to be established on a strong footing and be sufficiently resourced to carry out such important mission.

It’s common among countries to amend or overhaul whatever laws that they think no longer serve the current generation. Take the Cayman Islands, for example, they’ve been using the same gambling law enacted in 1963 for years, and that resulted in lower penalties and very limited scope of the law.

As for Ireland, it’s a good thing that the country is constantly improving its legislation as “modern problems require modern solutions”.