The Cork Region of Engineers Ireland is celebrating its 80th year. From the first Cumann na nInnealtóirí committee in 1941, chaired by City Engineer SW Farrington, they have successfully represented the interests of their members, and the wider engineering profession.

Peter Langford, past President of Engineers Ireland and past Chairperson of Engineers Ireland Cork Region says “Cork has developed spectacularly over the last 40 to 50 years, due in large part to the first class infrastructure put in place arising from the Land Use and Transportation Study (LUTS) completed in the late1970s. The engineering profession was front and centre of LUTS and in the implementation of its recommendations in the transportation, water services, and energy sectors which were essential in attracting many major investments from international and indigenous companies and corporations. This programme was led by the late Liam Fitzgerald, City Engineer, who also served as the President of Engineers Ireland in 1993.

Current Chair, Valerie Fenton, said that she is delighted to announce the upcoming series of events to showcase the creative talents and contribution of engineers to Cork City and the Metropolitan Area during the last 80 years and for the next 80. “Engineers in Cork have been, and will continue to be, at the forefront of developing innovative solutions to meet societies needs in tackling local and global challenges. This lecture series highlights both the historical success of engineering in Cork and also looks forward to the future of engineering in the Cork Metropolitan Area.”

The committee will host a series of four events during October and November, highlighting the history and future of engineering in Cork. The series will include talks on the construction of The Inniscarra Dam, The History of Engineering Education, The Harbour Economy, and the future of industry in the region.

A presentation on “The development and ongoing maintenance of the Lee Hydroelectric Scheme” will be given by Mark Fielding. Chief Civil Engineer with ESB Generation & Trading on Thursday 14th October 2021 at 7pm. The online presentation will include reference to the history of the development of the scheme, the engineering design, construction of the dams, as well as a focus on the ongoing civil engineering maintenance projects to ensure the structural integrity of the scheme into the future. More information can be found on www.engineersirelandcork.ie  or on Twitter @EngIreCork 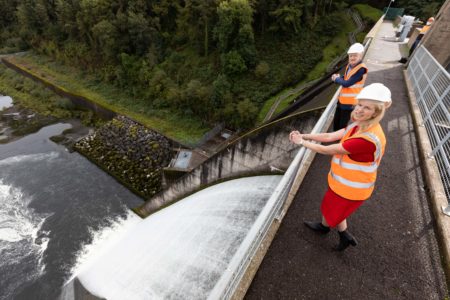