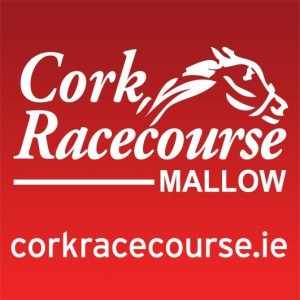 Cork Racecourse will host a competitive eight-race card on Tuesday afternoon. The action at the track gets underway at 1.15pm and concludes at 5.10pm.

The ground at Cork is currently Yielding, Good to Yielding in places and there are showers forecast throughout racing. We have previewed the action with our race by race guide and if you are heading racing this week, check out OLBG for more tips.

Aidan O’Brien is chasing Arc glory at Longchamp and will be hoping for success with Scholar in this event. The unraced two-year-old cost 350,000gns and is related to a number of winners. Tea Party is another interesting debutant by Group One winning sire Caravaggio. She is a half-sister to seven winners, including Group Three scorer Aloof and thus warrants respect. Ecoutez shaped with promise when third on debut at Navan and is another to note. However, preference is for Pirate Jenny. The two-year-old will have learnt plenty from her second on debut and she gets the vote in the opener.

Last time out winner Clara’s Approach has to be respected having scored in good style at Naas. However, preference is for Inventor. The four-year-old scored at Tipperary earlier this term and hinted a return to form when sixth at Roscommon on his latest start.

Top-weight Macho Time is respected, but Faraah makes plenty of appeal. The three-year-old stayed on to good effect when scoring at Fairyhouse earlier this month and she is taken to defy a 5lb rise in the weights.

Pretty Smart is a course and distance winner and is towards the top of the shortlist. However, Karlsberg is taken to back up a smooth win at Cork over seven furlongs last month with victory here. Raised 5lb for that event, she drops back down in trip for this race and is taken to score again.

Notre Belle Bete cost 40,000gns and is still a maiden after five starts. However, the son of Zoffany returned to form when third at the Curragh last time out and is respected. New York Angel however gets the vote. A 115,000gns purchase, the daughter of Zoffany was second on debut, before finishing third over a mile at Gowran Park on her second start. Given a 147-day break since that effort, she is taken to shed the maiden tag at the third time of asking.

The highlight of the day with a €37,500 prize fund and this event looks wide-open. Erzindjan has posted a string of fine efforts in defeat this term, including when third in a Listed contest at Cork in August. Geometrical was second in Listed company at Listowel on his latest start, whilst progressive handicappers Bopedro and Queenship are also respected, along with Group winner Elysium and the consistent Oodnadatta. However, preference is for Military Style. The three-year-old was a Group winner last term and caught the eye on his return to action at Leopardstown earlier this month. He clearly retains all his ability and has to be towards the top of the shortlist.

A competitive event. Skilled Warrior scored in good style at Roscommon last time out and is open to further progression, whilst Bringsty should improve for his first start for Adrian McGuinness at Roscommon last month. Handicap scorer No More Porter is another leading player, but River Derwent gets the vote. The three-year-old was second at Galway on his latest start and a reproduction of that effort would make him hard to beat.

The unexposed Darkened is one to note, but preference is for top-weight Dusty Winds. He kept on strongly to score at Gowran Park last time out and is taken to come out on top in this event.