Smartphone games continue to be thrill Ireland, but which titles are best?

Most of us enjoy listening to live music at Carrigaline Community Park or checking out the latest movies in the local cinema, but sometimes we don’t need to go that far to fight off any boredom and keep ourselves entertained. In fact, an increasing amount of the global population is discovering the delights of smartphone gaming.

In the case of gaming on a mobile phone, it’s easy and convenient. You can also pick up and put down a variety of releases throughout the day, the games are generally more straightforward to grasp than a lot of console releases, for example, and the overall space is filled with fun and entertaining releases from a variety of different gaming genres. For instance, endless runners like Alto’s Odyssey are extremely popular on a smartphone, alongside classics like Candy Crush Saga and Angry Birds 2. These titles accompany the go-to games on offer at casinos like Irish themed slots with a casino bonus, plus brain teasers, puzzle games, and an array of others that are easily accessible within a matter of seconds. Essentially, for the average smartphone gamer, the options are impressively extensive in today’s world, where games are released on a regular basis.

The fact that these types of games are housed on the better and more powerful smartphone devices of the modern-day has resulted in an increased back catalogue of releases for mobile gamers to access, while also offering an upgraded gaming experience on the whole thanks to the improved graphics and gameplay on offer in 2021 too. Below is a look at some of the popular releases being downloaded in Ireland right now.

Another notable trend in the mobile gaming space has been the introduction of some console classics, with an array of console-quality games now making the transition over to smartphones. As a result, classics like Fortnite have won over mobile gamers after making a successful jump over. It isn’t as polished as the PC version of the game, but it still offers the entertainment and all-around buzz that you’d expect from a battle royale masterpiece. Another hugely popular option in Ireland right now is Minecraft, the famous title where players create, build and explore as they attempt to fend off dangerous mobs and enjoy infinite worlds. Even Mario Kart is now available to play on a miniature handheld device in the shape of Mario Kart Tour, too, a game that offers the characters most people know and love as well as featuring memorable tracks and weapons. 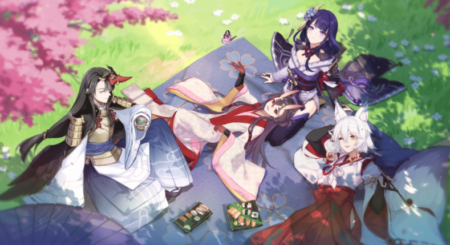 The Irish public can’t seem to get enough of Roblox, one of the most played titles in the country right now. The game had 4 million downloads in July worldwide alone, but it is growing in terms of its popularity on a daily basis. Similar to Minecraft, Roblox involves players exploring the ultimate virtual universe as they create, share experiences, and nearly everything you can imagine in what is a truly entertaining game to sample. Thanks to its stunning visuals and all-around immersive gameplay, Genshin Impact is another favoured title for many. Teyvat, a vast world teeming with life and flowing with elemental energy, is a joy to explore as you climb mountains, swim across rivers, and aim to find out all the answers you need from The Seven. Bloons TD 6 is another fantastic option, especially if you like the idea of defence games using monkey towers, various heroes, and a whole lot more.

Choosing the Right Printer for your Small Business
Previous Post
Gear up for the 2021 Fort2Fort Charity Cycle Sportive on Saturday, 23rd October