Did You Know About Ireland’s Impact on Halloween Culture? 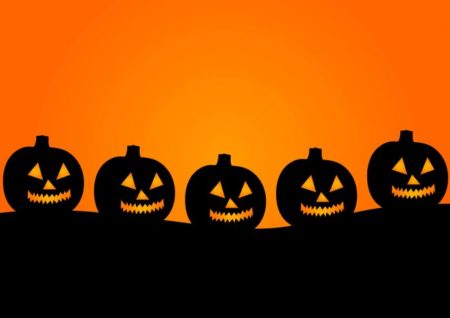 Halloween continues to grow in popularity in Cork, and elsewhere, as people appreciate the spooky element and the excuse to dress up, with many aware that the concept of Halloween began in the country, as it stemmed from the Celtic festival of Samhain. You may not know, though, that one of the most iconic aspects of the spooky evening emerged from Irish folklore. Jack-o’-Lanterns may have gained mass popularity in the USA, but they began in Ireland.

Cork Always Gears up For a Great Event

Halloween has always been hugely popular in Ireland, and this adoration for the festival is reflected in the entertainment industry in the country. There are countless films from around these parts that are likely to scare the living daylights out of you if you watch them alone on a dark and gloomy All Hallows Eve. Some of the best ones to watch include Lee Cronin’s 2019 offering, The Hole in the Ground, and Corin Hardy’s 2015 picture, The Hallow.

A glance at the gaming industry also reveals the popularity of Halloween here. Some of the top-rated apps to download for this time of year include Five Nights at Freddy’s and Hidden Objects Halloween Games – Haunted Holiday. Among the top online casino games advertised to Irish players are Halloween Jack and Book of Halloween. All these games have eerie imagery to get players in the mood for the October holiday.

There are also plenty of organised Halloween events around the county. Places to celebrate this year included the Extreme Sports Centre in Cork City, Benchspace, and the Garryduff Sports Centre, which all hosted special events. Of course, there was also the option to dress up in haunting attire and wander the streets like many others love to do at this time of year.

One of the most satisfying things to do for Halloween is to carve a classic Jack-o’-Lantern to leave on the doorstep. When you make them, it could be extra enjoyable to learn about the Irish folklore from which they were inspired. Most historians agree that the concept originated from an 18th-century tale about an Irishman known as Stingy Jack.

According to the fable, Stingy Jack was a drunkard with no morals. The devil wanted to meet him and take him to hell. The conman managed to outsmart the devil, though, on numerous occasions. This led Satan to vow never to take his soul, which meant that when Jack eventually died, he had to wander the world aimlessly with nothing but a hollowed-out turnip to light the way. Nowadays, people have realised that pumpkins are superior to turnips when it comes to making these lanterns.

Creepy tales like this certainly add another dimension to the overall scariness of Halloween, don’t they?