Fitzgerald’s Park and Shalom Park in Cork City centre received their first Green Flags this week, the first year that Cork City Council has applied for the awards.

Both Cork City Council parks were independently judged in July and were announced as winners on the 17th November 2021. The green flags will be raised in each park in the coming weeks. Each Park must apply each year to keep their Green Flag, and only winning sites are eligible to fly the Green Flag throughout the year. 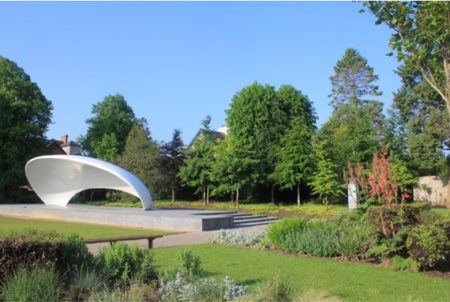 “Receiving two Green Flags for both Fitzgerald’s and Shalom Park is testament to the efforts of all Parks staff, who have worked tirelessly to reach such high standards that is demanded by the Green Flag criteria. Our parks and open green spaces have never been more needed for both our physical and mental well-being by our local communities during the Covid-19 global pandemic and Cork City parks have seen a major increase in visitors over the past two years due to the Covid-19 pandemic. Our Cork City parks provide a place for people to relax and enjoy nature within a bustling city.”

Where is Fitzgerlad’s Park?
This is the closest Cork has to a European style City park, in terms of scale, and also because it boasts riverside frontage and a lake. It is named in honour of Edward Fitzgerald who became first elected Lord Mayor of Cork on 23 Jan 1901. Soon after his election, he proposed that an international “exhibition” be held in the city. On 1 May 1902, the Cork International Exhibition was formally opened to the public.  The exhibition was the result of two years of work by Fitzgerald and a pro-active organising committee. It attracted exhibitors and visitors from as far away North America and Japan. So popular was the event that it
re-opened in 1903!, and nearly 2 million people in total visited it including the then Monarch, who made Fitzgerald a Baronet, which can be described in simple terms as hereditary Knighthood. “The FitzGerald Baronetcy, of Geraldine Place in St Finn Barr in the County of Cork” still exists in the Baronetage of the United Kingdom, however descendants of Edward have not official claimed the title since the death of the 2nd Baronet (Edward’s son) in 1957.

Where is Shalom Park?

About the Green Flag Awards

This year over 2,300 public sites in 16 countries around the World have achieved Green Flag or Green Flag Community Award status.

Once again more Green Flag Awards have been secured by Irish Parks and Gardens than by any country, other than the UK where the scheme originated in 1996.

This year, participating countries include: