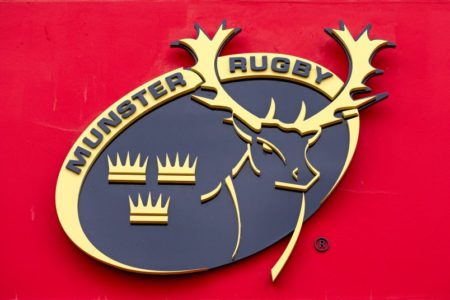 The Munster side has been named for Sunday’s Heineken Champions Cup clash against Wasps at the Coventry Building Society Arena (3.15pm, live on BT Sport & beIN Sports).

Twelve players are set to make their senior Munster debuts with eight members of the Greencore Munster Rugby Academy included.

John Hodnett has recovered from a short-term ankle injury to make his first start in 13 months, and his Champions Cup debut, having missed the majority of last season with an Achilles injury.

There are first starts of the season in red for Conor Murray, Damian de Allende and Chris Farrell with the latter making his 50th Munster appearance after returning from an abdomen injury.

Campbell starts at full-back with Andrew Conway and Keith Earls on either flank.

De Allende and Farrell team up in the centres with Murray and Joey Carbery in the half-backs.

Dave Kilcoyne packs down in the front row with Buckley and French.

Tadhg Beirne starts alongside O’Connor in the second row as captain Peter O’Mahony, Hodnett and Okeke complete the side.

Roman Salanoa is among the replacements having recovered from a knee injury with seven players in line to make their Munster debuts off the bench.

Moloney came up through the ranks at Ennis RFC in the same team as Coughlan and Butler with the trio lining out for the Ennis RFC U18s as recently as last year.