The Team at Cork’s Imperial Hotel have started off the New Year with a “spring in their step” having received a very special bit of post. Addressed to Hotel Manager Bastien Peyraud and his team (known affectionately as the Imperial family) a beautifully adorned card arrived at the South Mall hotel earlier this week.

At first glance the elegantly penned address on the crisp white envelope may have hinted that this was no ordinary greeting card, but the real clue as to its royal origins along the French Riviera were further suggested by the distinctive post mark ‘Bonne Année Monte Carlo, Pte De Monaco’ along with a crown motif. Upon opening the envelope an greeting card featuring an illustrated family portrait of the Royal Family of Monaco was revealed. The colourful illustration features Sovereign Prince Albert of the House of Grimaldi along with his wife Princess Charlene of Monaco and twins Princess Gabriella and Prince Jacque standing by a decorated Christmas tree. The thoughtful greeting inside as follows “At the dawn of this New Year we send our warmest wishes for a Merry Christmas and Happy New Year 2022” and was signed by Prince Albert and Princess Charlene with French and Monegasque.

Delighted to receive this correspondence Manager Bastien Peyraud said “It may seem like something small but to myself and all our team here at the hotel receiving these greetings and good wishes from the Royal Family of Monaco is a lovely compliment to our passion to look after all our guests, who to us are always VIP’s. The acknowledgement of our history and the efforts by all the team to pay tribute to this Royal relationship is very appreciated and has given us a welcome boost as we head into the New Year.”

While this royal missive was a lovely surprise it is not entirely without explanation as the Imperial Hotel has a long-standing connection with the Monaco Royal Family who were guests of the historic hotel 60 years previous, during an official state visit to Ireland by Prince Rainier, Princess Grace and their young children Princess Caroline and Prince Albert. This anniversary was marked by the hotel in 2021 with a special focus on the date of their visit which occurred on the 24th of June (1961). The Hotel marked the occasion with a photographic exhibit on their ‘Wall of History, a photoshoot at the hotel recreating Princess Grace’s iconic style which made front page news and an elegant Princess Grace themed afternoon tea which played homage to her favourite things. Correspondence detailing the plans to commemorate the 60th anniversary of the visit to Cork was sent last year to Prince Albert’s private secretary.

For more information on the historic Imperial and some of its other notable past guests see www.imperialhotelcork.com/history.html 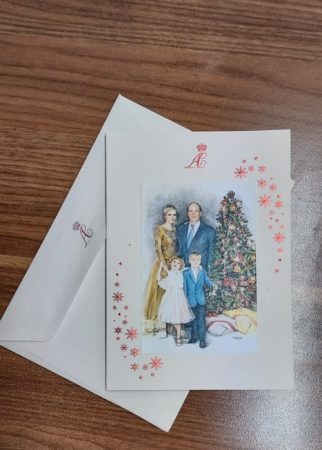 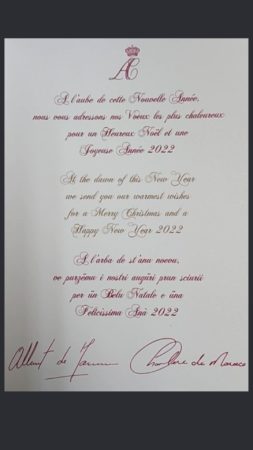 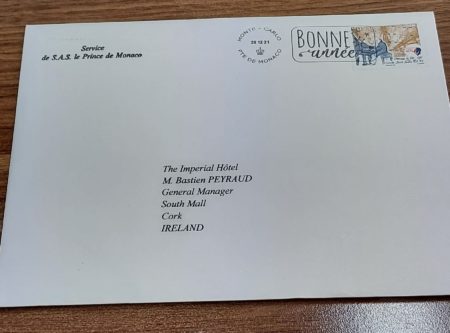