‘FRED The Band’ were fantastic

Entertainment: ‘FRED the Band’ were a Harmony-driven Cork based indie band, with a dedicated fanbase 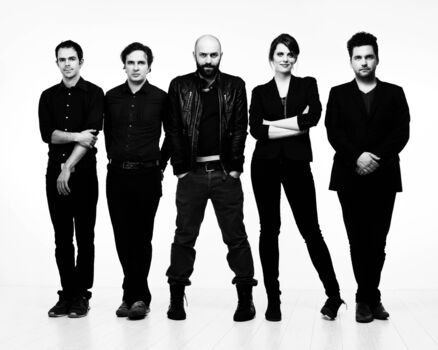 ‘FRED the Band’, or just ‘FRED’ were a 5-piece Irish Indie band from Cork. Their final membership was made up of Joseph O’Leary on Vocals, Jamie Hanrahan on Guitar, Jamin O’Donovan rocking the Bass, and Justin O’Mahony on Drums. Past members included Eibhlin O’Gorman on Keyboards who was replaced by Carolyn Goodwin, and Emmet Christie and Liam O’Connor. FRED produced four albums, the last of which, “Leaving My Empire”, was released in 2011. The retired in later 2013.

Their self-financed third album, Go God Go was released in the Summer of 2008. It spent a total of two weeks on the Ireland Albums Top 75, climbing as far as No. 30 in the Irish Albums Chart. The single “Skyscrapers” was released in May 2008 with a video filmed in the Savoy, Patrick’s Street, Cork City. The final ever Fred show will take place in the Pavilion, Cork on December 28th and where for the first time in Fred history every member of the band past and present will share the same stage.

“Running” was released August 2008 and received a significant amount of airplay on national radio during the summer of 2008. Below is a live performance video recorded in Cork Opera House.

A third single from the album, “The Lights” was released in Ireland in November 2008. FRED performed at a number of Irish festivals including Electric Picnic 2008.

Gigged all over the world

Over their career including FRED played hundreds of shows including the Halifax Jazz festival, Hillside festival, Pop Montreal, NXNE and CMW all in Canada, with CMJ appearances in NYC USA, the Bergen Festival in Norway and here in Ireland FRED performed at The Electric Picnic, Oxygen, The Mid-Summer festival and The Galway Arts Festival, and many more.

In January 2009, thousands of euro worth of equipment owned by the band was stolen from their van parked across from Anglesea Garda Station! in Cork City Centre, just as the band were to begin a North American tour. The missing gear was recovered within 48 hours. The following week, FRED appeared on RTE TV programme ‘The Cafe’, where reference was made to the incident and it was explained that the “amateur” thieves had attempted to pawn the instruments off only to be foiled by leaving their addresses in the shop. The band played reunited with their gear – performed their single “Good One” on RTE Television programme Tubridy Tonight on 21 March 2009.

On 11 April 2011, the band streamed their new album “Leaving My Empire” on SoundCloud. The album, released in Ireland on Friday, 15 April 2011, went straight into the Irish Album charts at No. 23, and The Indie charts at No. 10. The Irish press received the record with High praise with State Magazine calling it “A burst of Technicolor glory”, Irish Independent describing it as “Sprawling, ambitious and intoxicating”, Heineken Music calling it “A joy to behold”, and Hotpress stating the album “has seen them ascend to a new level of brilliance”. In August 2011 ‘We are the city now’ was used in a national Canadian commercial for TBooth Wireless. We didn’t know it at the time but it was to be the final album.

Where are they today?

FRED’s Vocalist Joseph (Joe) O’Leary can be found behind the counter of Levis Corner House Bar, Main Street, Ballydehob village, West Cork. www.leviscornerhouse.com It’s on the left as you go up the hill. He had a family connection to the premises and became more involved in the bar after the band retired. Its quirky interior harks back to an era in rural Ireland when one building served as both a grocery store and pub. The venue hosts many gigs. TheCork.ie spoke with Joe in Part 2 of a Wild Atlantic Way tour back in 2014. 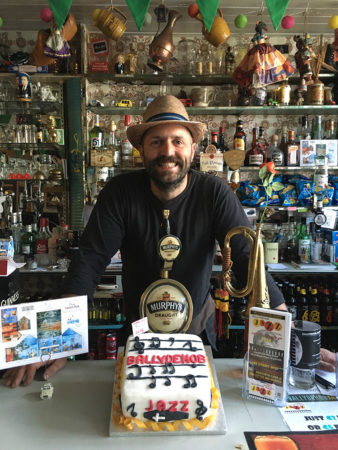 FRED’s Bassist Jamin O’Donovan is involved in video production and illustration and animation at www.jaminodonovan.com. He’s still making music, his debut Single “Invitation” was released in late 2020, followed by the single “State at Play”, “Shores” and “First Light”. He now lives in North London. He can be found on Twitter at https://twitter.com/jaminodonovan and Facebook https://www.facebook.com/jaminodonovanmusic, and Instagram https://www.instagram.com/jamin_o_donovan, and YouTube https://www.youtube.com/channel/UCg4doeA0PUPVBuSux4ao7Tw 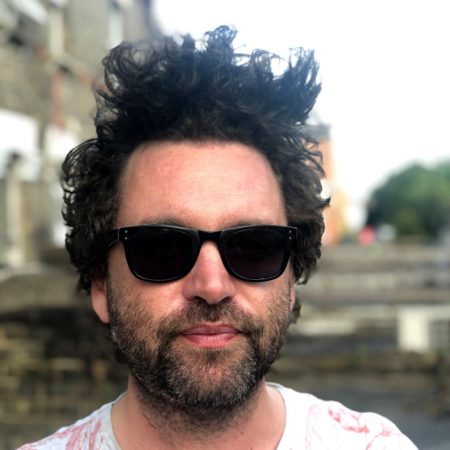 “Jamin O’Donovan’s indie, alt-pop sound is music for contemplation. A response to the layer of superficiality that glistens over modern life, Jamin invites the listener to momentarily transcend the daily monotony.” – according to his Facebook page

The other famous Band called FRED

FRED the Band should not be confused with London’s “Right Said Fred” whose 1991 “I’m Too Sexy” hit is still a hummer. That band made being bald stylish in the ’90s, something that Joseph O’Leary of FRED the Band cemented in the 2010s, so there is some connection!

EXHIBITION AT GLUCKSMAN : Biodiversity in Contemporary Irish Art
Previous Post
€800,000 will buy a 10-bed Castle in a Cork commuter town