The Lord Mayor of Cork City, Cllr. Colm Kelleher is honoured to bestow the Freedom of the City on Mary Crilly, a founding member and CEO of the Sexual Violence Centre Cork,

“in recognition of her tireless work in the areas of sexual violence, domestic violence, sex trafficking, female genital mutilation and stalking”.

The ceremony will be hosted in City Hall by the Lord Mayor and Elected Members on Thursday, June 9th at 2 p.m. to celebrate Mary’s work in changing the response to male violence against women over the last four decades. 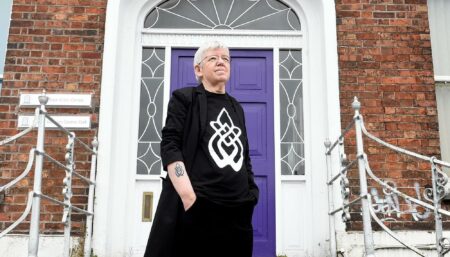 Mary Crilly has been providing support to victims of sexual violence across Cork city and county for nearly 40 years.

As a feminist activist, Mary has played a role in changing the response to male violence against women over the last four decades – working tirelessly to eliminate sexual violence and to change attitudes and victim blaming in society.

Mary’s work varies from supporting victims in court, or at the Sexual Assault Treatment Unit, to visiting schools and colleges, to working with government, statutory and voluntary agencies to change and influence social policy.

Mary Crilly received a Pride of Cork Award in March 2022 in recognition of her work in the Centre.