Premier tributes to the music of the Eagles, Fleetwood Mac and Queen set to play in East-Cork Venue

Two bands, two nights, and a weekend of unforgettable music, all at Seachurch in Ballycotton

It’s even better than the real thing. Literally. Three of the greatest names in music history, and the perfect time to celebrate them during this June Bank Holiday weekend at Seachurch, Ballycotton. This characterful venue will play tribute to the Eagles, Fleetwood Mac, and Queen over the course of the weekend.

Playing host to some of the top tribute bands across the country and the world, the Illegals featuring Niamh Kavanagh, and Flash Harry are set to take stage at Seachurch for the ‘Even Better Than The Real Thing’ tribute weekend. To put it simply, it’s live music entertainment at its best.

To start off the weekend, the 4th of June will see the Illegals, featuring Irish Eurovision winner and national treasure Niamh Kavanagh, perform for one memorable night of unforgettable songs, in tribute to two of the greatest and undisputed rock bands in the world, Fleetwood Mac and the Eagles.

Their high energy performances have led to sold out shows, as they take you back to the 80’s, at a time when the Eagles and Fleetwood Mac had served up two of the greatest albums of all time.

Alongside Kavanagh, the Illegals not only reproduce the tightness of the original bands from their soaring guitars and multi-part harmonies, but also add their own edginess and swagger that matches the bands energy. The band, which is now more popular than ever, has been recognised by the BBC as “simply stunning”, while RTÉ have said that “Niamh is outstanding – the Rolls Royce of Irish Rock”.

On the final night of Sunday the 5th of June, having played in other unforgettable arenas over the last 30 years such as the Odyssey Arena and London’s Royal Albert Hall, renowned Queen tribute band, Flash Harry, will also be taking the stage as part of the ‘Even Better than the Real Thing’ Tribute weekend.

The five piece band originally from Northern Ireland, have been recreating the legendary rock music of Queen that has reached across all generations through performing a range of Queen’s greatest hits such as “Bohemian Rhapsody”, “Radio Gaga” and “We are the Champions”.

Flash Harry’s celebration of Queen perfectly captures the energy, charisma and presence of the late Queen lead, Freddie Mercury. Illustrating the magic of Queen having toured extensively all over Ireland, the UK and the wider world, the Sunday Times have commented on the band saying that “These guys can play… the music, the movement, the attention to detail… will ensure that people continue to marvel at the Show”.

A very limited number of tickets are available to purchase online via the Seachurch website at www.seachurch.ie, for €30 a ticket for each show. The doors for each performance of The Illegals and Niamh Kavanagh, and Flash Harry will open at 8pm for their 8:30pm show. 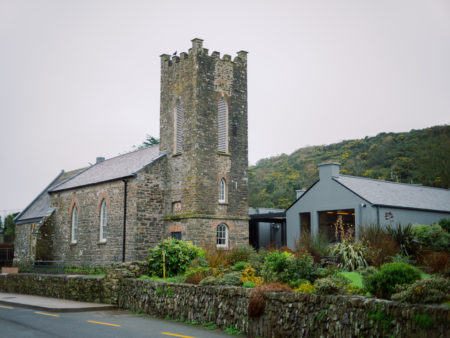 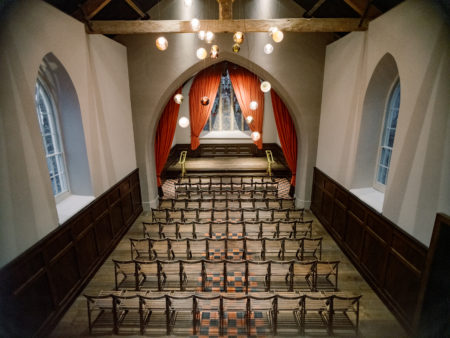 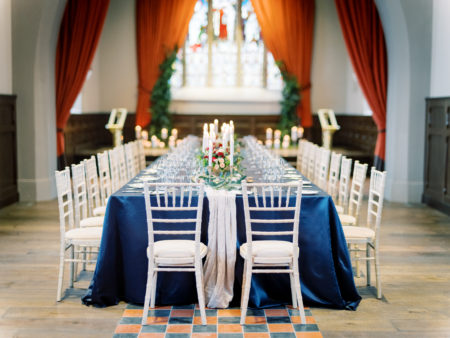 What is Sea Church?

Sea Church is the former St Colman’s Church of Ireland, built in 1835 for £330, raised by subscription. The church suffered over the years due to a dwindling local Church of Ireland population, and gradually the church fell into disuse and was finally closed. In 2018, Ballycotton-born Pearse Flynn set out to realise a dream of his own when he purchased the church from American vendors. A multi-million euro revamp began to take this diamond in the rough from decline and into restoration. Special care was taken in the church’s renovation, and a considerable amount of time, energy, and passion have been dedicated to a two-year restoration project.

Sea Church is now a casual dining restaurant and event space, situated just outside the seaside village of Ballycotton in beautiful East Cork. Boasting a dramatic coastal location, Sea Church plays host to Ireland’s musical heavyweights as well as emerging artists in its magical, restored church while inviting patrons to meet, eat, drink and relax in its ocean-inspired renovated schoolhouse. With breath-taking surroundings and a wealth of rugged scenery at its doorstep, Sea Church is available for private hire, ceremonies, special events, exhibitions and functions. More detail