They will be collecting tennis balls for local schools so that the children can reuse the balls for arts and crafts. The club has also just installed a ‘dog bin’ where they are placing old tennis balls and members can help themselves to an old ball and bring it home for their dog to play with. They will also be using social media to show what other uses members can have for old tennis balls such as using them for a camera mount or a floor cleaner.

The club will also be running a competition among its junior members asking them to come up with creative ideas on how we can reuse old tennis balls.

Head Coach at BLTC, Conor Twomey said: “Each year we disregard so many tennis balls that are no longer suitable for playing tennis with and we decided we needed to do something with them. We are trying to get the whole club involved in finding ways we can reuse the balls rather than simply throw them in the bin. Some schools in the area have already said they would love to receive some old tennis balls from us and we will be collecting them now to deliver to them.”

Other uses for old tennis balls 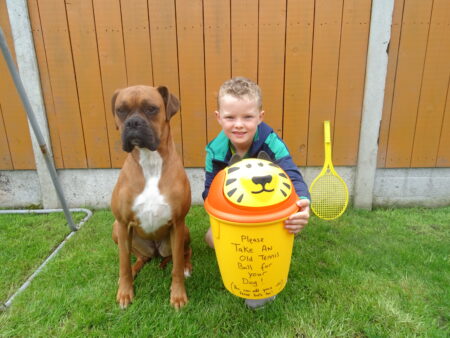 Cillian and his dog Holly with the BLTC ‘dog bin’ 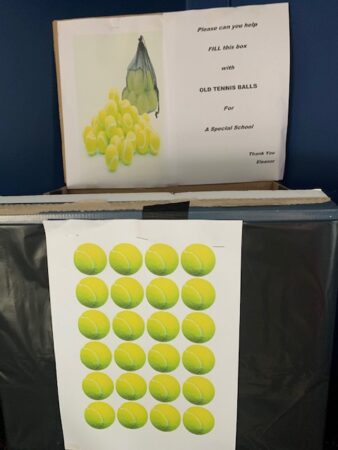