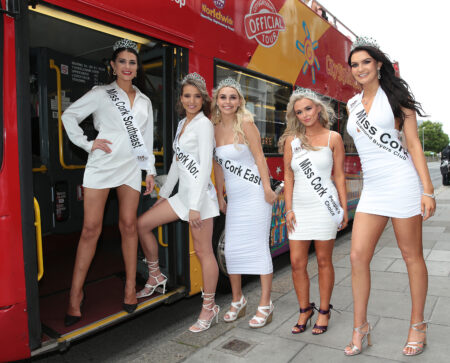 Saoirse O’ Shaughnessy is a 22-year-old living in Coachford, Co Cork and is currently working as a Full-time care assistant in A&E in the CUH and recently qualified as a personal trainer.

Saoirse has plans on becoming a Critical Care Paramedic in the future with a passion for healthcare and medicine. She enjoys spending time with her friends and family, volunteering in local first aid organisations and working out in the Gym, her goal for the year is to promote the importance of Knowing first aid and CPR and educate as many people as possible on it and potentially help save so many lives.

Eve Mullins is 21 years old and is living in a small village in Cork called Whitechurch. She is currently studying Early Years and Childhood Studies in University College Cork. She hopes to pursue a career in Special Needs teaching and complete a PHD in Autism Studies. She has played inter county football for many years with Cork and has also competed in numerous World Irish Dance Championships. Eve is a happy and outgoing girl who enjoys travelling in her spare time. 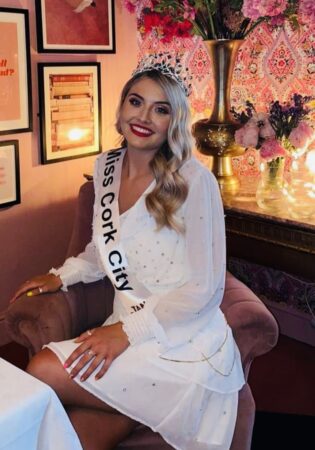 Chloe McCarthy is 20 years old and is living in Passage West, Cork. She is currently studying Early Years and Childhood Studies in u College Cork. Chloe wishes to pursue a career in occupational therapy.

Chloe is an extremely smiley and outgoing girl who loves painting and playing sport. Chloe entered miss Ireland to raise awareness and raise funds for M.E which is a neurological disease that she was diagnosed with nearly four years ago. She wants to spread awareness for invisible illnesses and show everyone that just because you look ok on the outside does not mean you know anyone’s story.

Sofia Labus is 19 years of age and is living near Cork City in a place called Ballyvolane. Sofia just finished her leaving cert and has plans to go to university in the following year to study Criminology in UCC. Sofia enjoys spending time with friends and family in her free time as well and travelling and doing nails.

Meg O’Mahony is 21 years old and lives in Greenmount, Cork City. She is currently starting studies in Business Information Systems in MTU and has completed a degree in Art and Design 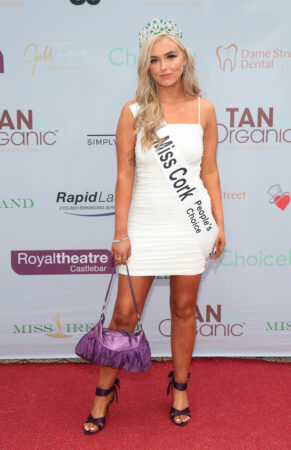 Miss Cork Peoples Choice Meg O’Mahony at the official launch party for Miss Ireland 2022 in association with TanOrganic, at House, Dublin. The 37 finalists vying for the coveted Miss Ireland 2022 title were revealed at a sparkling white party for this, the 75th Diamond Jubilee of the competition.
Pic Brian McEvoy

Carol is from Blackrock, in the south-east of Cork City, she is a 25 year old Business Support Manager that specialises in Cybersecurity. Carol has graduated from Munster Technological University with a bachelor’s degree in Business, Business Management and Entrepreneurship and in her spare time enjoys taking part in Camogie and Gaelic Football with her local GAA club, Blackrock. Carol has represented Cork at intercounty camogie level, has won various Cork and Munster Championship Titles in Irish Dancing and has modelled for British Fashion Consultant, Gok Wan. Carol has also modelled for various Irish clothing brands, appearing on RTE, and Ireland AM. Carol would consider herself to be kind, compassionate, empathetic, and hardworking as well as being an advocate for Children’s Mental Health.

Selections have taken place all over the country to find contestants from each county and the winner from each county will represent their county at the most spectacular ever Diamond Jubilee Miss Ireland show with 1500 in attendance on August 20th at the Royal Theatre Castlebar. All of the crowned finalists from Cork will represent their local area and attend various awards, openings and engagements in her county over the next year as well as working on her various charity projects.

The headline sponsor for Miss Ireland 2022 is TanOrganic, the world’s first eco-certified, organic self-tan brand – as kind to your skin as it is to the planet. This year the over-riding theme for Miss Ireland is ‘Our World Our Future’ with a focus on the environment and global citizenship. At TanOrganic, sustainability is at the core of their business, and they continue to fight for healthy, nourished skin that doesn’t compromise our environment. They are delighted to be part of Miss Ireland this year to further promote sustainability and environmental awareness.

The finalists of Miss Ireland this year will be put through their paces in a challenging competitive process testing their skills in debating, public speaking, talent, sports, modelling, social media and each finalist will be tasked with raising much-needed awareness and funds for their chosen charities. Challenges will also include beach clean ups, ethical upcycling, education pieces and a new Miss Eco-Ireland sash will be awarded.

Miss Ireland 2022 will follow in the footsteps of reigning Miss Ireland, Pamela Uba who captured the hearts of the nation with her incredible story and featured prominently in the Irish media and internationally on TV Shows in LA, London, Johannesburg and featured in the New York Times.

Established in 1947, Miss Ireland has been the launch pad for many eminent, successful, and inspiring women in Ireland. In recent years the Miss Ireland Franchise has raised over €300,000 for various charities including Laura Lynn, Temple Street, Alzheimer’s Ireland, Pieta House, The Cari Foundation and this year are proud to partner, once again, with Variety Ireland, an Irish charity helping sick, disadvantaged and children with special needs since 1951.

The winner of Miss Ireland 2022 will receive an agency contract and a host of prizes including jewellery, gowns, professional photo shoots, beauty and hair products and then jet off to represent her country at the Miss World Festival which is televised in over 100 countries around the world. The winner will also enjoy an all-expenses paid trip to the Maldives to do a photoshoot later in the autumn. See www.miss-ireland.ie or on the new Miss Ireland App, available from Apple App Store or Google Play