Historic Town Maps for the towns of Macroom and Millstreet were recently launched in Macroom’s Town Hall and Millstreet’s Carnegie Hall respectively. 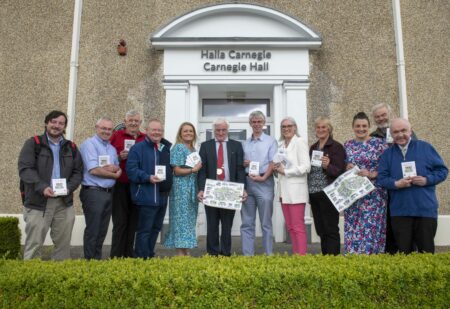 Mayor of the County of Cork. Cllr. Danny Collins welcomed the new publications, “These maps highlight the key locations of significant historic and heritage value within each town and will be a very useful tool for locals and visitors. The quality of the finished map with the beautiful illustrations and graphics show the effort and consideration that has gone into the production and everyone involved in the finished product should be very proud. These maps are for the local people and will be a great historical tool for generations to come as a reference to key historical sites unique to each town.” 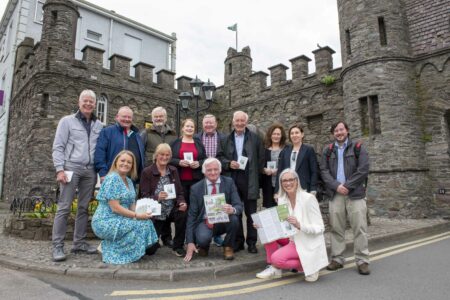 The production of each map involved great consideration of the sites to be included which ensured that each town map showcases key buildings and locations, all illustrated by Rhoda Cronin Allaniac and described by writer Elena O’Brien Turk.

Copies of the maps are available in Macroom Town Hall, Carnegie Hall Millstreet, Macroom and Millstreet Libraries and will also be distributed to local schools and hotels in the area.

The Historic Town Maps are available on the Council’s website at https://www.corkcoco.ie/en/visitor/cork-county-historic-town-maps