OffBeat to create 10 jobs in Cork as it opens its ninth bakery in Ireland with €500,000 investment and it celebrates with a special Cork donut

One of the country’s leading bakeries has opened its first outlet outside of Dublin. OffBeat Donuts, which already has eight locations in the capital, has launched its state of the art bakery in Cork city. This marks a significant expansion for the company, which opened its first bakery at Pearse Station, Westland Row in May 2016.

To celebrate OffBeat is introducing its first ever county donut – the Cork Creamy Red which is a rich red velvet flavoured donut filled with a cream cheese frosting and finished with red and white icing. This limited edition donut is now available from the OffBeat bakery which is now open on French Church Street.

The new bakery is creating 10 jobs in Cork which brings the number of people employed by OffBeat in Ireland to 100. OffBeat is investing €500,000 in the opening of its Cork location.

In addition to its large selection of hand-crafted donuts, OffBeat serves loaded ice-cream cones, ethically sourced coffee, cookies and freshly made milkshakes at its new Cork store. There is seating also upstairs at the premises.

Since it opened its doors in 2016 OffBeat has grown to become one of the largest fresh donut bakeries in Ireland. It has proven to be a huge success story for its owners, husband and wife duo Brian and Sandra O’Casey. In 2021, Irish food investment company BiaVest, took a significant investment in the Offbeat Donuts business.

Offbeat has plans to expand to additional locations in Ireland as well as further afield. Its international targets include the Middle East, the UK, the USA and Asia.

All of OffBeat’s donuts are freshly made from scratch on-site every day, with customers able to observe the entire baking process while in store. Any donuts that are not sold at the end of the day will be donated to homeless shelters and charities in Cork. OffBeat also offers corporate deliveries and special occasion and customised deliveries and will also be offering home and work deliveries in Cork. 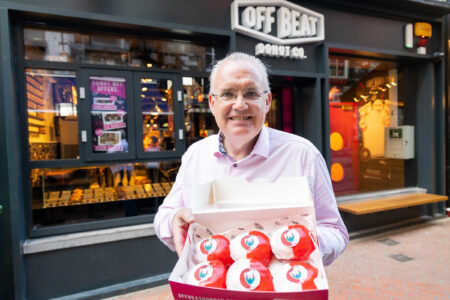 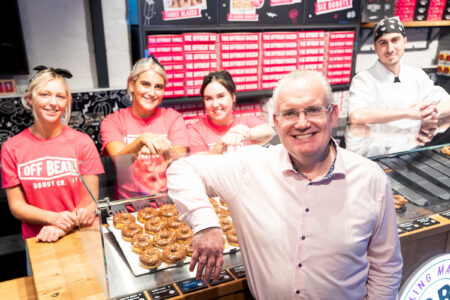 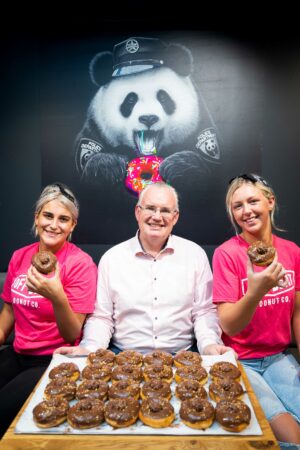 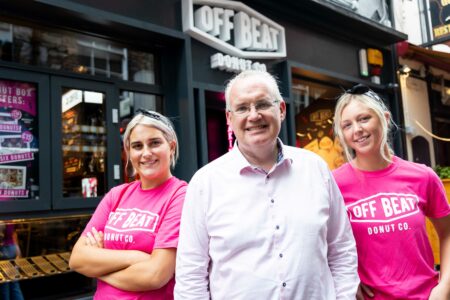 OSM PHOTO – 12/09/2022 – –
Brian O’Casey, founder, pictured with Magic Makers Alanna Dolan and Chloe McCarthy, at the opening of OffBeat Donuts in Cork city. One of the country’s leading bakeries has opened its first outlet outside of Dublin.
Picture: Michael O’Sullivan /OSM PHOTO

Brian O’Casey, who is originally from Cork, said: “We are very excited to be expanding to Cork and bringing the magic of OffBeat donut making to the city. We have secured a fantastic location in Cork City and we are thrilled to be launching our first store outside of Dublin. Offbeat Donut’s aim remains the same and that is to revive the traditional bakery concept and simply to make donuts magic in every corner of the world.”

Amongst the most popular flavours for OffBeat Donut’s existing stores include;

And the ever popular Unicorn.

The bakery has the perfect accompaniment to your donut too – coffee. The OffBeat Donut Co. Espresso is a single origin blend that is hand roasted in Ireland. Believers in a great cup of coffee, you can get that extra boost of magic in the morning, or the evening.

If that’s not enough, alongside their ethically sourced coffee and handcrafted donuts, there is a selection of perfectly loaded ice-cream cones and freshly made milkshakes to choose from too.

Brian O’Casey added, “What will be interesting is to see whether the donut consumers in Cork have different tastes to those in Dublin. We will be watching sales closely, and working on bespoke products if particular trends emerge that are exclusive to Leesiders.”